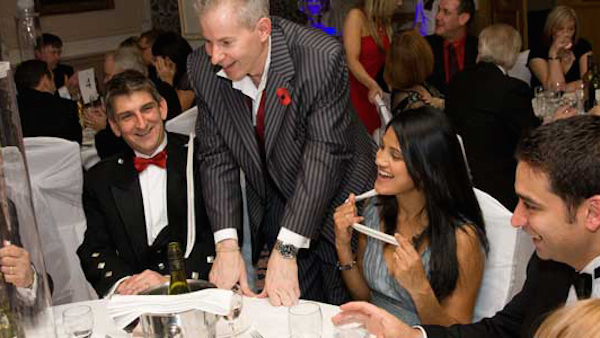 This week we’re chatting to our brilliant magician Tim.

BC: Hello there, so who are you?
Tim: Well, my name is Tim and I have been performing as a professional magician for the last fifteen years. I work at private and corporate events all over the UK and abroad. I have performed at The Magic Castle in Hollywood many times, as well as Monday Night Magic in New York and The Magic Circle here in London.

BC: Describe what you do in one sentence?
Tim: I can do it in one-word “entertain”. I choose magic as the vehicle to achieve this, others sing or do stand-up comedy for example.

BC: What makes you different from other magicians?
Tim: This is one of the hardest questions for magicians to answer. All magicians make things appear and vanish, so how can they be different? I built routines that were technically demanding so that fewer magicians would be performing them. I also worked to become as funny as possible.

I combine comedy with sleight of hand to entertain. I don’t use gimmicks when I work; everything I use is examinable and is what it appears to be. The magic happens through technique not smoke or mirrors.

BC: How did you become a magician?
Tim: I was a member of the Pentacle Club when I was a teenager. This was, and still is, a magic club in Cambridge, which meets monthly. After my degree I was a professional actor for a few years before joining the London Ambulance Service and training as a paramedic. Once I was qualified, I started to play around with a deck of cards again. I then joined my local magic club. After a while people started paying me and I left the Ambulance Service in 2002 and have been a professional magician ever since. 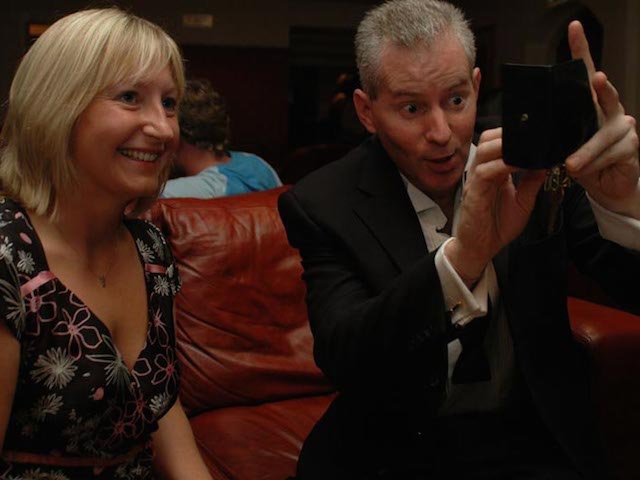 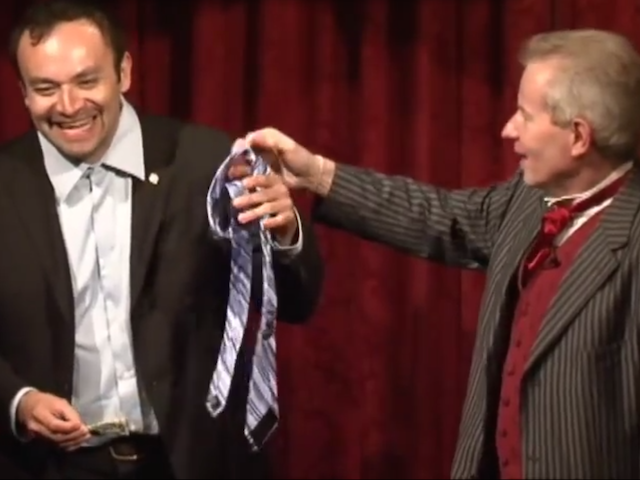 BC: Who is your favourite magician?
Tim: Many magicians have influenced me over the years. Some of these are personal friends who have taken the time to give me advice or mentor me, others I have seen from afar and learned from them by watching their work.

What is interesting about magic is that it is quite a small community, so even the most famous of magicians are accessible.

I have spent time with some of the biggest names in the business at events or backstage. I think my favourite magician was Bob Read. He sadly died a few years ago, but I loved watching him work. He had a huge personality that filled even the largest room. His magic was very good, but his comic timing was what sold his act. He was a lovely man and was working right up until he died, which I’m sure was how he wanted it to be.

BC: What has been your favourite ever event (and why)?
Tim: I recently performed at the QI Wrap Party. Alan Davies is a fan of magic and it was nice to spend time with him. The staff and crew were also very hospitable, as were the comedians who were on that night. They made the job very easy. We also met John Lloyd (CBE) the producer and creator of the series. He was so genuine and made us feel so at home.

I also enjoyed teaching Martin Freeman magic for a Channel 4 comedy. He was reasonably well known at the time, but it was before The Hobbit, Sherlock and all the other wonderful work he has done. He was a really charming man.

BC: What would be your ideal event?
Tim: I love doing weddings! I love the family atmosphere. Some magicians don’t like having children around, I really do. Although it is not a children’s show I like getting them involved and the adults like that too. 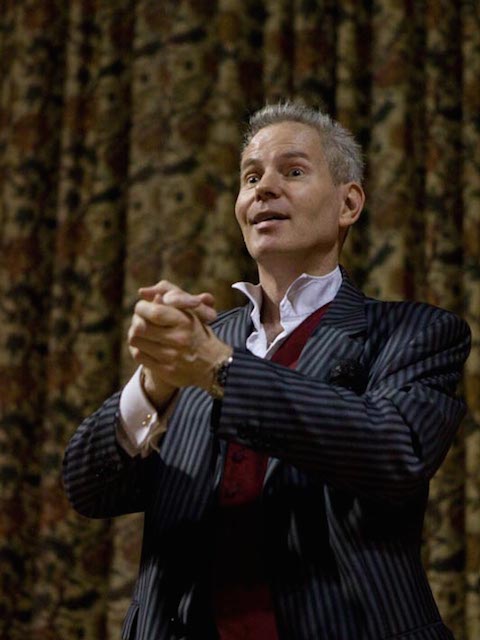 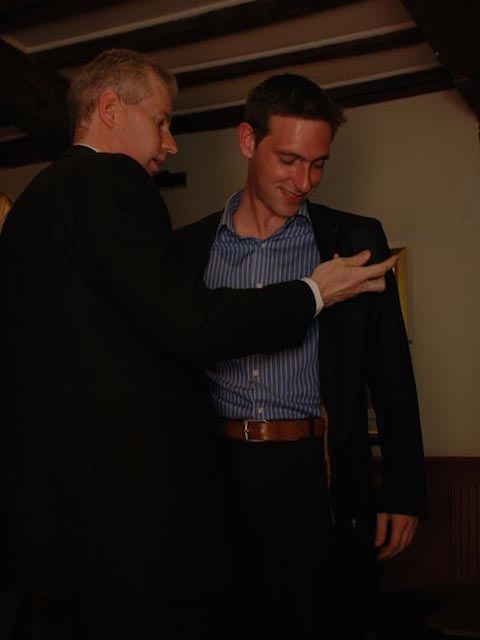 BC: Who have you most enjoyed performing for/meeting on an event?
Tim: Well, as I said before Alan Davies and Martin Freeman were wonderful to meet. I also met Senator John McCain at a reception in Davos some years ago. I didn’t perform for him, but I spoke to him before he gave his speech and he had great stature.

BC: What do you do the rest of the time (when you’re not doing your act)?
Tim: Well, I have three small children, Maya who is six and Emma and Georgina (twins) who are three. They are the only hobby I have right now! What more could I possibly need?

For further information on how Tim can add a touch of magic to your next event, please get in touch today.