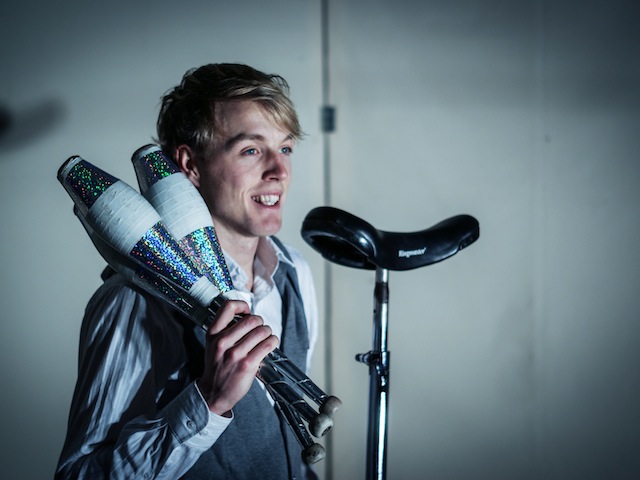 This week we spent time getting to know the very talented Lucas a bit better.

BC: Hello there, so who are you?
Lucas: I’m Lucas. I’m a juggler / unicyclist / cigar box and all round circus enthusiast and performer, When I’m on stage I’m my happiest, I love to leave every ounce of my energy up there when I’m done with my act.

BC: Describe what you do in one sentence?
Lucas: Choreographed, classy, but cheeky circus chaos, its not a very good sentence, but I like alliteration.

BC: What makes you different from other circus entertainers?
Lucas: My unicycling is probably my standout skill and my finales are pretty unique – I jump over volunteers that are lying on the ground on my unicycle, its a nice blend of humour danger and skill.

I like to think my routines are choreographed, so in theory they should be the same every time, but because I’m enjoying the tunes that I perform to or bouncing off the crowd, the routine is slightly different each time and the performance, hopefully, doesn’t ever get stale or feel forced.

I’m genuinely smiling if I’m smiling and I’m probably feeling quite frantic when I’m puffing my cheeks out, which is a stage habit of mine.

BC: How did you become a juggler and unicyclist?
Lucas: I’ve been performing all my life, as my Dad is also a performer and introduced me to being on stage and circus skills from a very young age. I was never forced into it, as long as I can remember it’s been my favourite hobby and now I’m lucky enough to have a ‘career’ with it. There are some nice photos of me walking round Glastonbury on stilts as a two year old, or being pushed round in a pushchair by my Dad on a unicycle in parades.

BC: Who is your favourite circus performer?
Lucas: Probably Kris Kremo or Francis Brunn, they are both so incredibly talented and clean that you can’t not be enchanted by their shows. Plus seeing Kris’ cigar boxes and hats early in my life is the reason why I love both those props.

BC: What has been your favourite ever event (and why)?
Lucas: I’m not just saying this, but I was booked by Black Canvas Entertainment to perform at JFS secondary school in Surrey, It’s Europe’s biggest Jewish school, I believe, and the event was to
celebrate Purim.

That school is so awesome, the staff had an amazing relationship with the pupils and although the 700 crowd was quite an intimidating thought for little old me, they were such a receptive crowd. I got some great feedback from the head and the other teachers and it just filled me with confidence to take into other gigs.

BC: What would be your ideal event?
Lucas: A nice sized stage with great lighting, an amazing crowd and not too much gravity in the room. Or just anywhere when there’s a crowd ready to be wowed and keen to be entertained.

BC: Who have you most enjoyed performing for/meeting on an event?
Lucas: I’ve never met anyone who I’m a huge fan of, I fanboyed Dizzee Rascal once and showed him some juggling. He gave me a fist bump, but the friendship didn’t blossom. There was Roy Hodgson in the crowd at one event (but I didn’t see him). At the same gig Phil Tufnell was in the front row and was a really active audience member. I enjoy meeting other performers mostly and seeing what they bring to the table.

BC: What do you do the rest of the time (when you’re not doing your act)?
Lucas: I balance my performance jobs with support of Bigtopmania, who are a circus and big top company and that takes up the majority of my time and energy from April – October. We do lots of shows as well as workshops, parties, weddings and my favourite is festival children’s areas at some of the best festivals.

Thanks Lucas. We look forward to seeing you on an event soon.