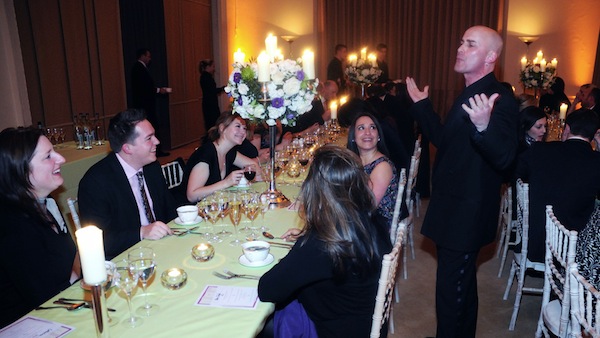 We’re back again with our Featured Friday interview where we spotlight one of our fantastic acts! Today we’re saying hi to the wonderful gent that is Judge the Poet!

BC: Describe what you do in one sentence?
Judge: I perform spontaneous poetry, made up on-the-spot and based on audience suggestions.

BC: What makes you different from other entertainers?
Judge: Well, I’ve never met anyone else who does exactly what I do. The poems can be serious or light-hearted, depending on the mood, and they work in every kind of setting. And, oh yes, when I’m doing ‘mix and mingle’ I cover roughly three times as many guests as most performers!

BC: How did you become a spontaneous poet?
Judge: It was my dream! I turned a personal madness into a passion and then a career!

BC: Who is your favourite poet?
Judge: Can I have two? Percy Shelley and Spike Milligan.

BC: What has been your favourite ever event (and why)?
Judge: There are so many, so different and all over the world. Some big and grand, some small and personal. Often it’s just seeing the effect of creating something unique and memorable at someone’s event. But, if I had to pick one, I’d go for a Bikers’ Wedding in a field in New Zealand. The happy couple turned up in a Chevy ’66 and the music was played on a ghetto blaster. It was very different.

BC: What would be your ideal event?
Judge: Any event where I make people think and smile!

BC: Who have you most enjoyed performing for/meeting on an event?
Judge: I have been lucky enough to perform for Royalty several times and many celebrities in this country and around the world. And, years ago, I was delighted and honoured to perform for a certain President Nelson Mandela. That was a highlight.

BC: What do you do the rest of the time (when you’re not doing your act)?
Judge: I have two young children (enough said?). I love hill walking in the countryside. And single malt scotch! 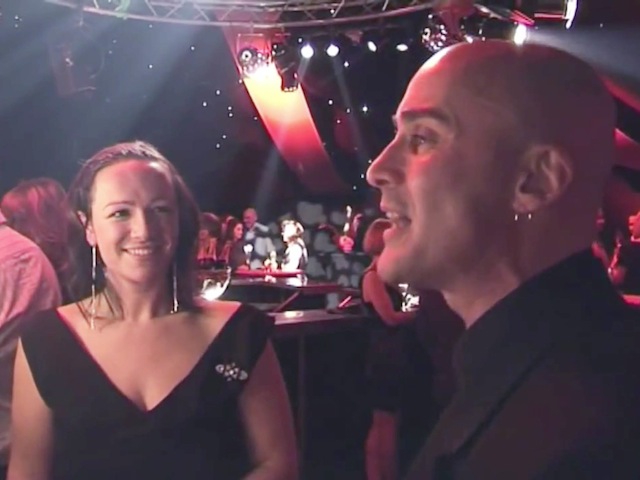 If you’re interested in booking Judge The Poet or finding out how he can help make your next event one that people will take about forever, get in touch today.