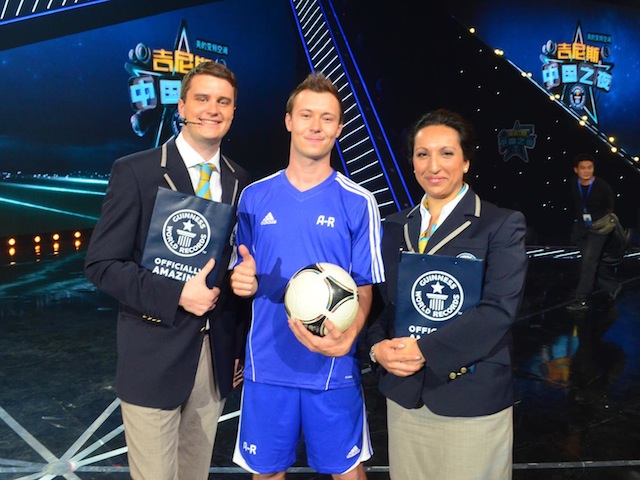 This week, we caught up with Ash, our incredible football freestyler.

BC: Hello there, so who are you?
Ash: My name is Ash, and I am a professional football freestyler and 18 times Guinness World Record Holder.

BC: Describe what you do in one sentence?
Ash: Football freestyle is the art of performing and juggling a football using all parts of your body in the most creative, imaginative and entertaining ways possible!

BC: What makes you different from other football freestylers?
Ash: I love to involve props during my live shows, so rather than just going out and pulling off some football tricks I like to involve props, such as skipping ropes, bobble hats, Pringles tubs and pretty much any crazy props or objects anyone would like to challenge me with during a show! I also specialise in using two footballs at the same time and have developed a routine doing this, which I love to perform. 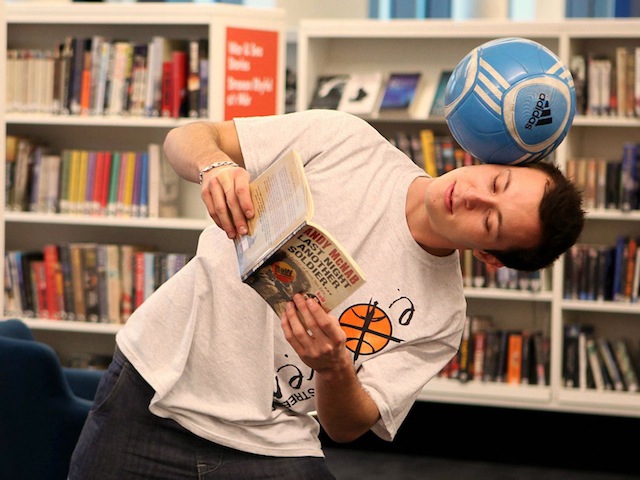 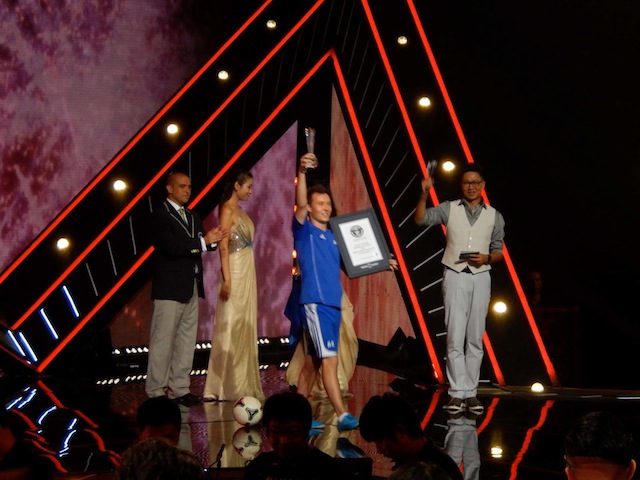 BC: Who is your favourite footballer?
Ash: My favourite footballer has always been Ronaldinho, watching him play for Brazil and Barcelona a few years ago I was amazed by the skills he could pull off in a live game with such confidence! I’d always tune in to watch the games he was playing in because I didn’t want to miss any crazy skills he might have pulled off during any game!

BC: What has been your favourite ever event (and why)?
Ash: My favourite event was the Guinness World Records TV Show I performed on in Beijing, China. I was flown out by Guinness World Record to attempt to break a world record for skipping while juggling a football the most times in one minute. I successfully broke the record live on the TV show, which aired to over 50 million people across China! Breaking the record and receiving my certificate, trophy and getting fireworks was the best feeling I’ve ever had from any event!

BC: What would be your ideal event?
Ash: I love to be on stage, when on stage I feel a bit more at home and I love to be able to perform, entertain and involve the audience in my displays.

BC: Who have you most enjoyed performing for/meeting on an event?
Ash: I can’t say too much about this one…but at one particular event a certain Prince pulled me aside backstage to see some football freestyle skills!

BC: What do you do the rest of the time (when you’re not doing your act)?
Ash: When I am not doing my act, I am either practising new tricks and skills, filming and editing videos for my social network channels, or relaxing and spending time with the family.

You can read more about Ash and see him in action here! See you next week.