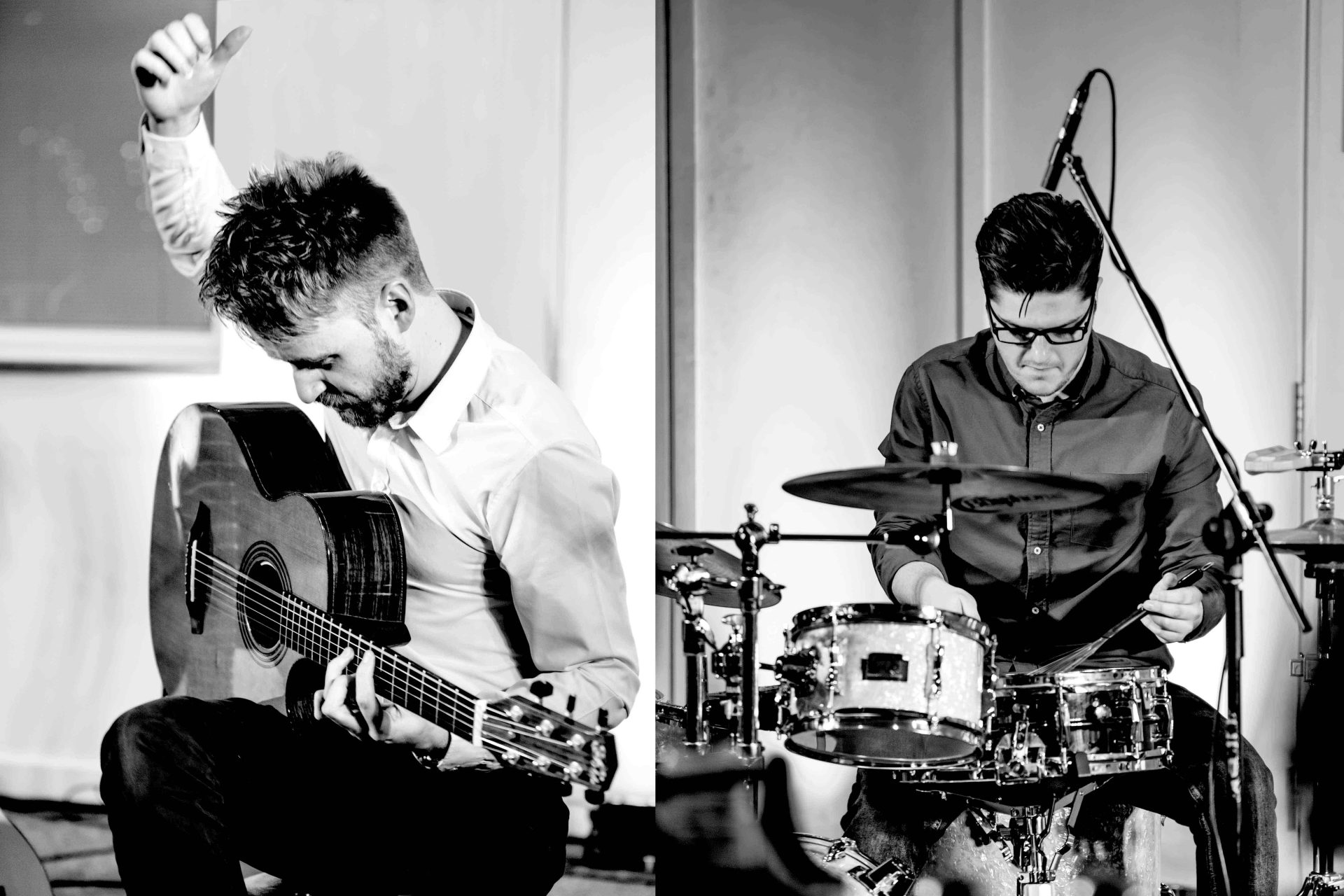 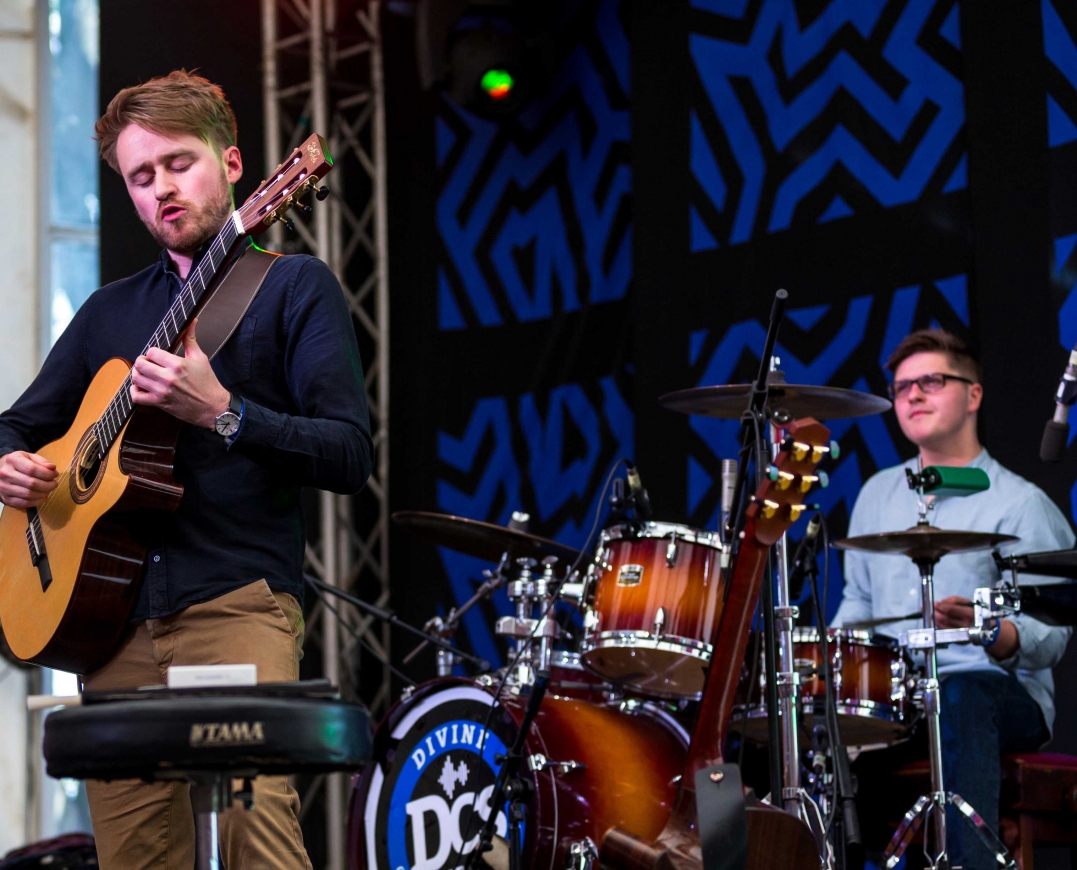 Since their formation as a duo in mid 2013, multi award-winning acoustic guitarist Will and drummer Luke have been gaining rave reviews for their live performances up and down the country. Both highly respected and in-demand instrumentalists in their respective fields, the combination of Will’s intricate melodic fingerstyle playing on both steel and nylon string guitars and Luke’s explosive rhythms on kit and percussion has been making a unique impression.

Setting themselves a mission of traversing the globe in their live performances, the duo draw on influences from Brazilian sambas through to driving West-African rhythms, Celtic folk melodies to North American foot-stamping blues numbers. Combining this worldwide diversity with Will & Luke’s virtuosic instrumental ability and sensitive musicality has created an exhilarating live show, full of surprises which have gained them more than a few standing ovations. Their passion for musical traditions from around the world has culminated in a collection of diverse original compositions, as well as reworkings of seminal works in a variety of genres, which have been released as their debut album.

Receiving praise from both gig-goers and music-press alike, Will & Luke are excited to take their performances to more venues across the UK and beyond in their upcoming tours and events.