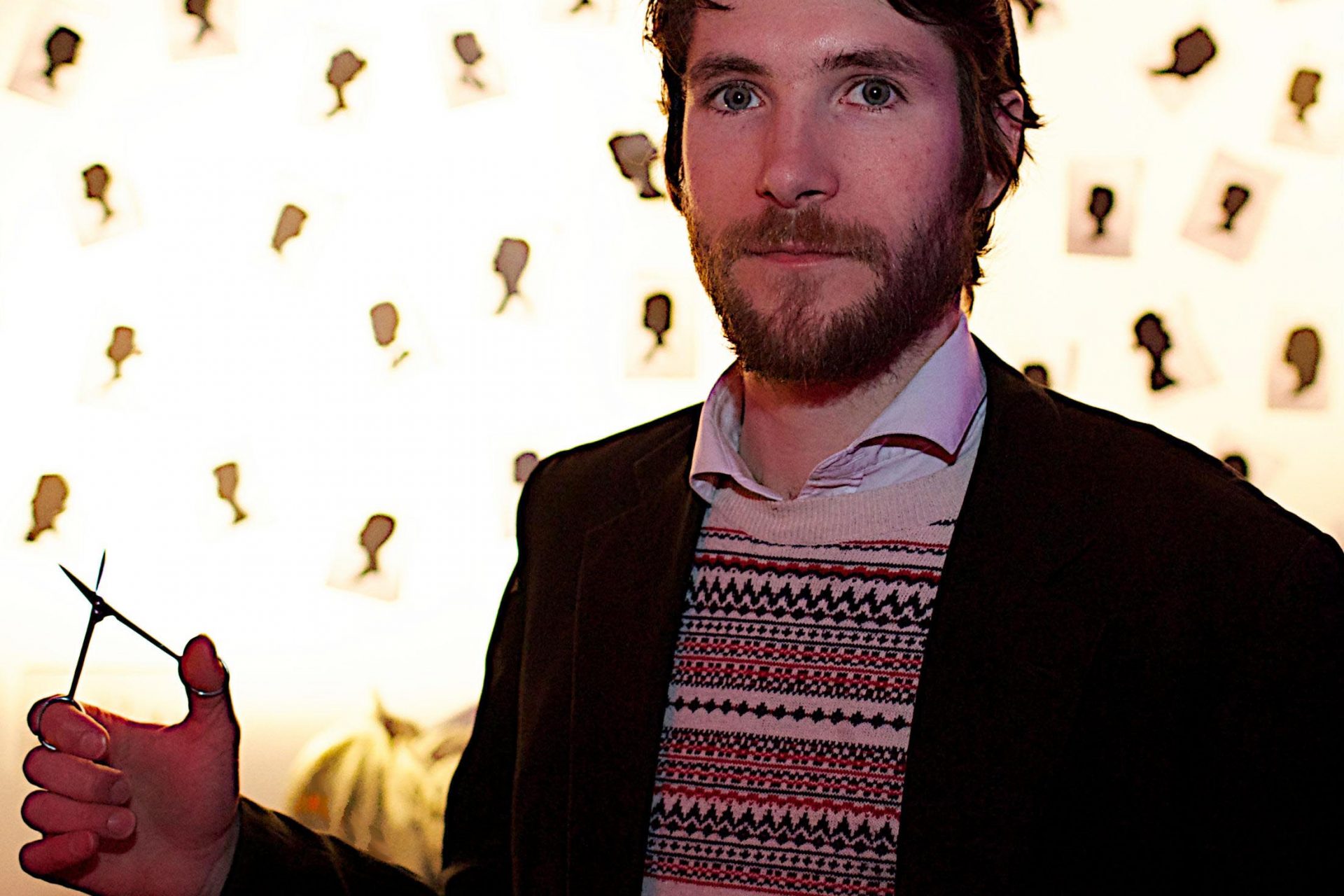 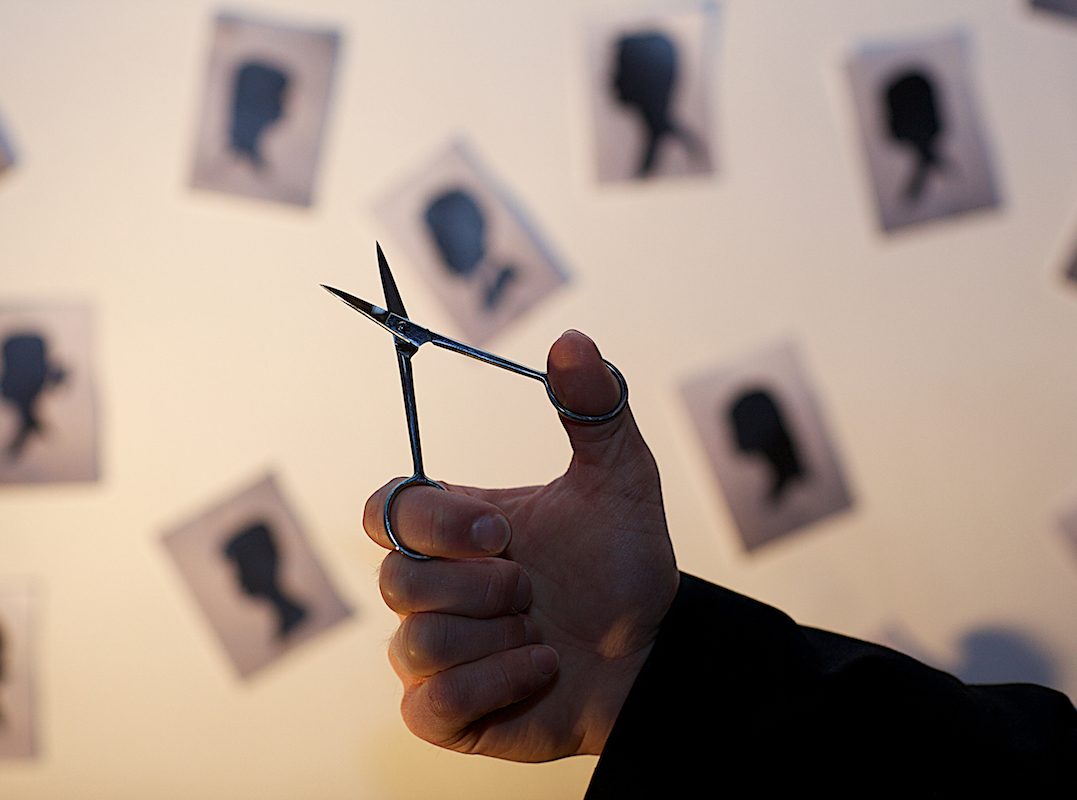 Ollie is a London-based silhouette artist, who cuts silhouette portraits in just 90 seconds, using only paper and scissors.

The skill of silhouette artistry is a rare, historical art form that was particularly popular in the 18th and 19th centuries. Silhouettes were originally named after the French minister of finance, Etienne de Silhouette, who had similarly ‘clipped’ the French budget.

Ollie has worked at a number of high profile events and locations, including The Royal Academy Summer Show, Madame Tussauds, Hampton Court Palace, The Tower of London, St Paul’s Cathedral, Tate Modern, The Gherkin, The BT tower and the wrap party for a Star Wars film.