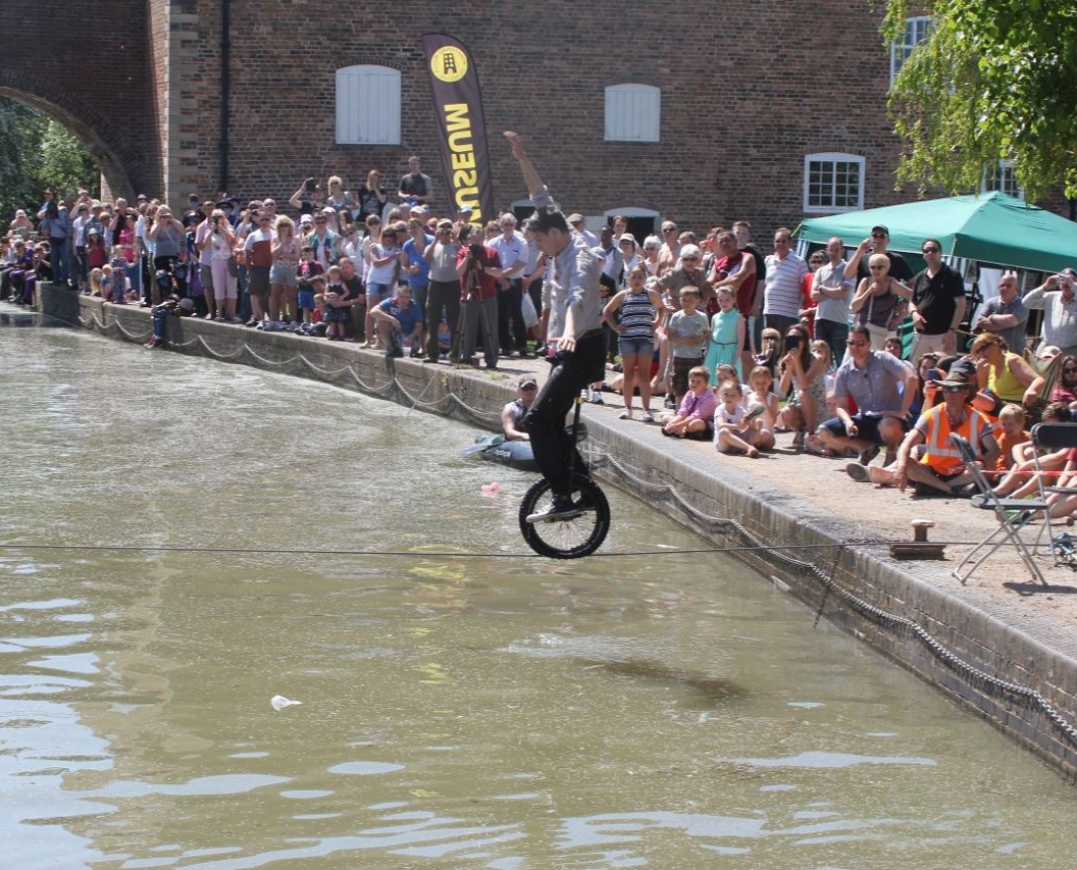 Sam is a professional circus performer who has toured the country, the continent and beyond with his spectacular acts.

Best know for his unique unicycle stunts Sam has an act that will fit your needs. From unicycling over a freestanding tight wire to pedalling along a line of real wine glasses, he is sure to add an unforgettable moment to your event.

After winning the competition to find the UK’s best circus act in 2015 with a comedy juggling routine, Sam has performed in Asia, the Middle East and at events such as Glastonbury Festival, delighting audiences with comedy acts. Even book him without the unicycle, and you will get a juggling champion, bar flare artist, wire walker, clown, freestyle footballer and much, much more!

Sam can cater to any size event from large scale productions with audiences of thousands (like the BBC arena tour ‘Mr Tumbles’ Circus’ and headlining Moira Canal Festival unicycling on a high wire over a canal) to smaller touches such has his ambient waiter character who delivers appetisers on his unicycle.

If you need a multi-award-winning, multi-skilled comedy and stunt circus performer, Sam is known as one of the best around.