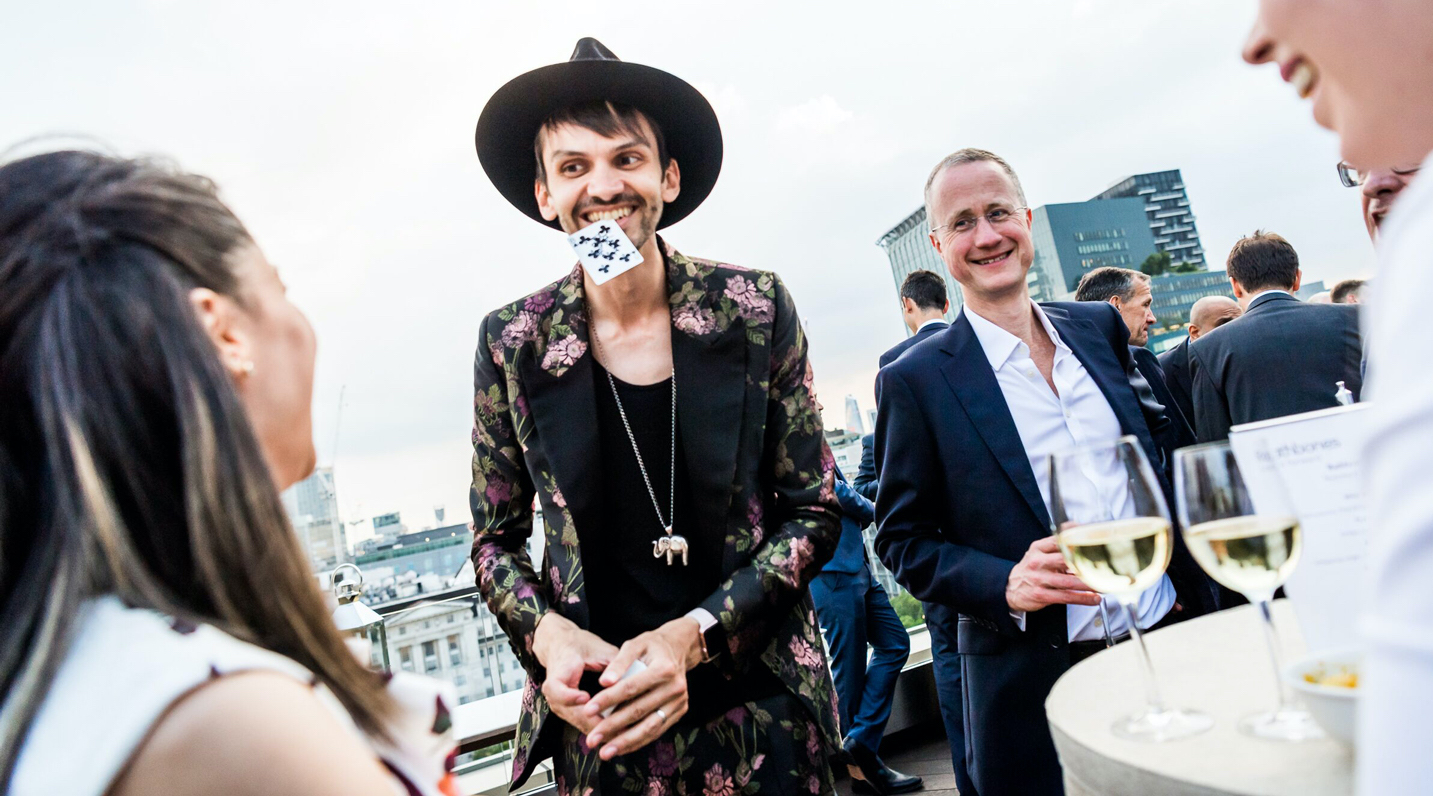 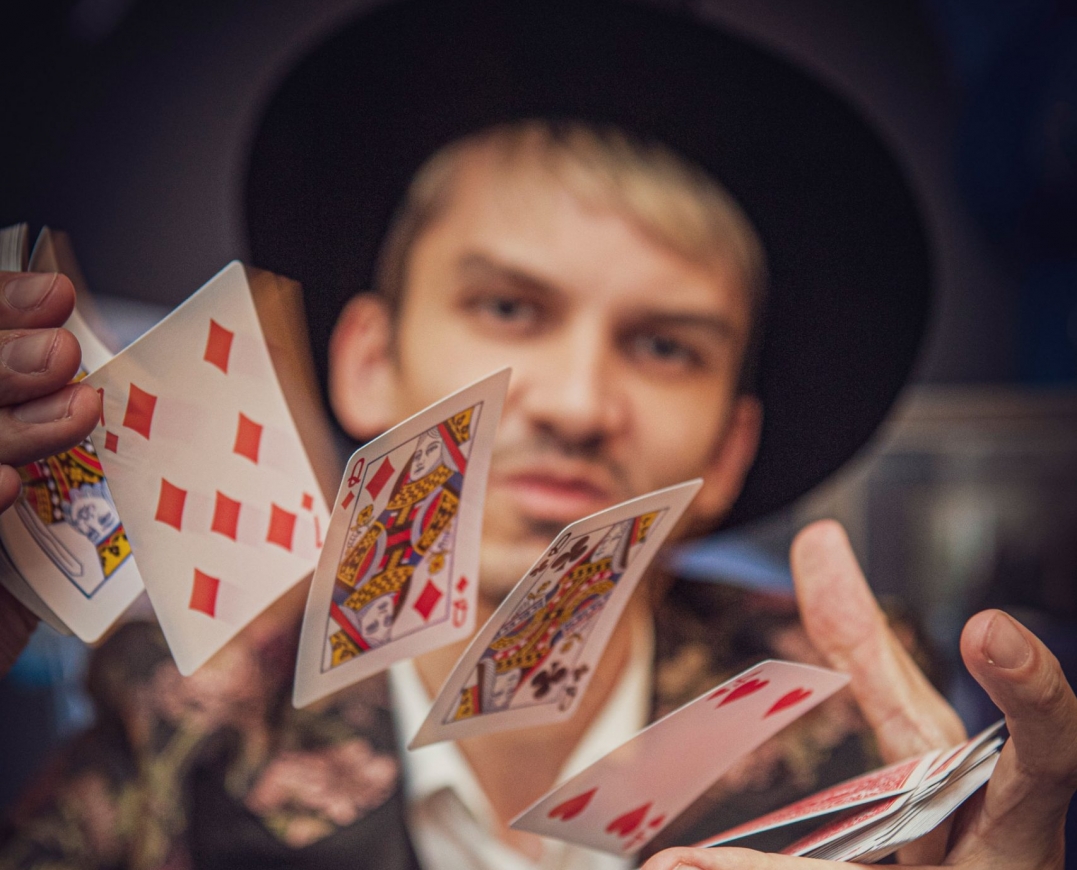 Pete will make even your most distinguished guests swear loudly. Dubbed the ‘rock ‘n’ roll magician’ by the NME, Pete has performed for everyone from David Beckham to Dawn French, Mumford and Sons to the Libertines and Benedict Cumberbatch to Blink 182. He has appeared in over 20 hours worth of TV shows, both on the BBC and Sky TV, including Around The World In 80 Tricks and Secrets Of The Brain on Insight (Sky).

There are many magicians in London, but Pete is in a class of his own, hired by the world’s biggest companies: from Google to Microsoft, Coutts to Christie’s and Soho House to Vogue. When Jude Law wanted to learn some magic for the role of Dumbledore, Pete was the magician he asked to teach him.

Pete is trusted by the biggest companies in both London and the world to make their events special. As his various TV appearances illustrate, his magic is sophisticated, funny and hugely entertaining. If you want a modern, funny and truly amazing magician that will produce genuine screams, gasps, and laughter from your guests, you are in the right place.