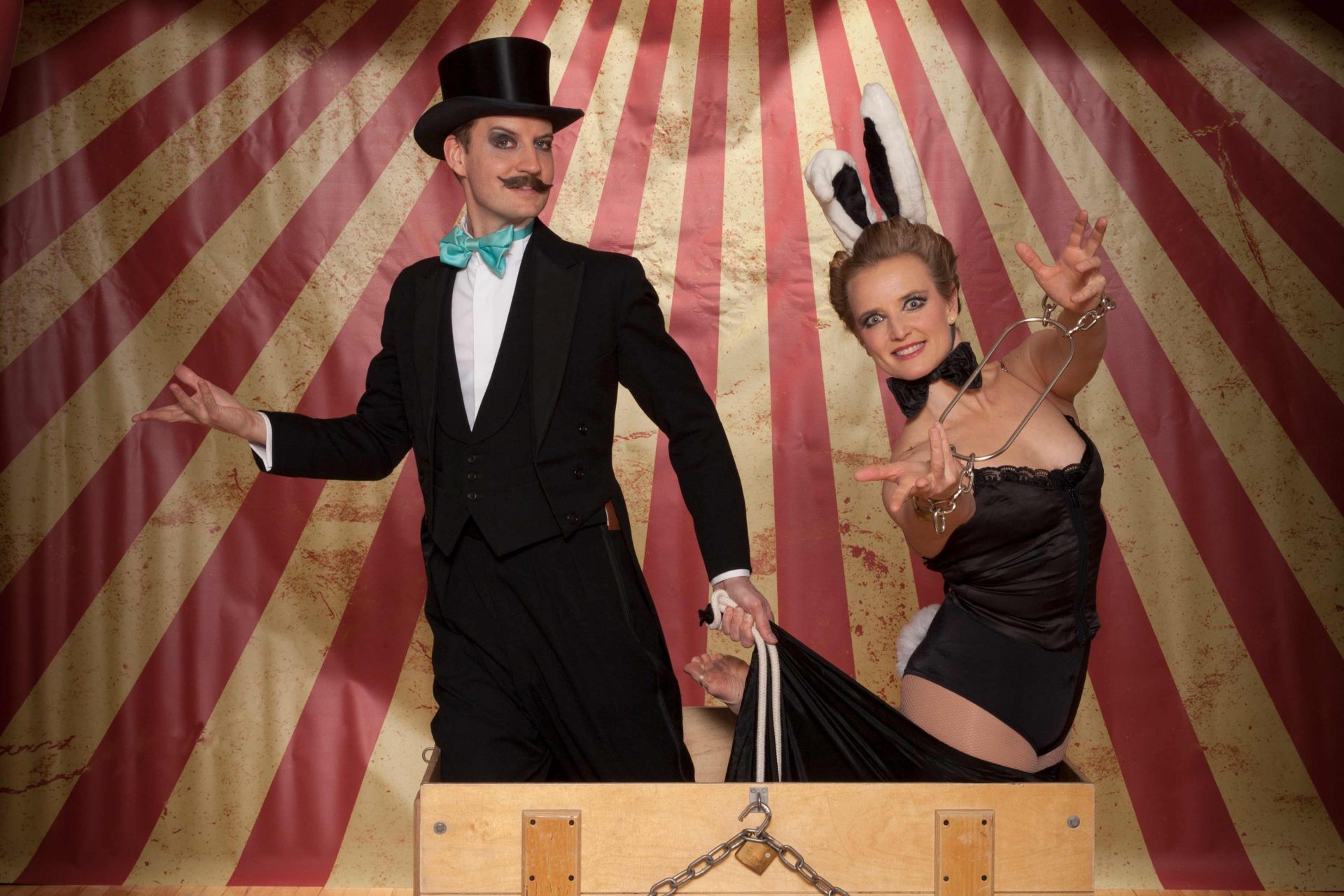 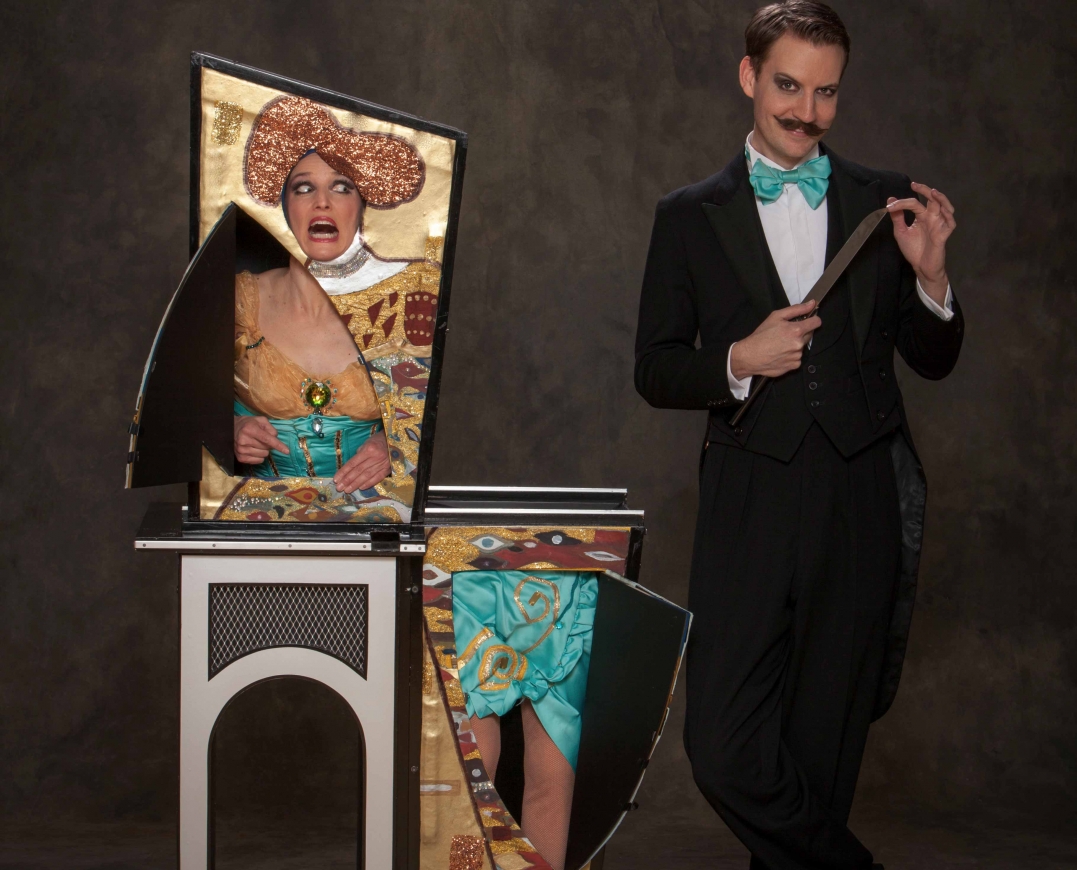 This spectacular comedy magic show is accented by amazing acrobatics and singing. A mind-boggling, award-winning double act, they’ve performed on London’s West End, throughout the UK, at The Magic Castle in Hollywood, The Wintergarten in Berlin and elsewhere internationally as well as on television. It’s an energetic show unlike any other, full of magical escapism at its best.

With or without the big props, they will build you a show to suit your space, budget and time requirements. It can include sawing the assistant in half and a funny contortion dance (or aerial hoop) scene with singing and a flying table. Then as a finale they can perform their jaw-dropping, 3-second escape from a chained trunk with a hilarious double costume change.
There’s also audience participation and lots more surprises, so they’re sure to give you a show that’ll leave your guests talking about your event for years to come.