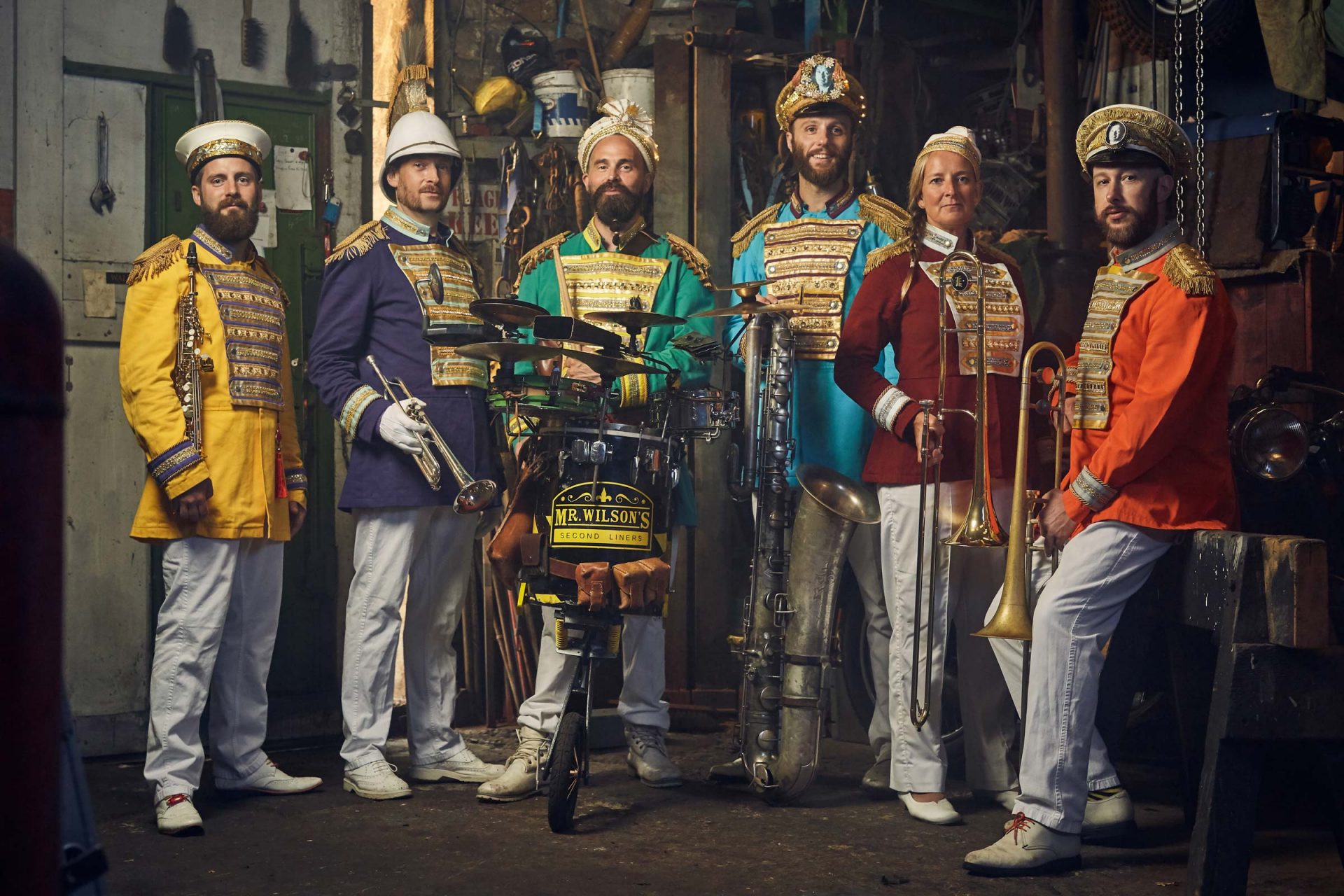 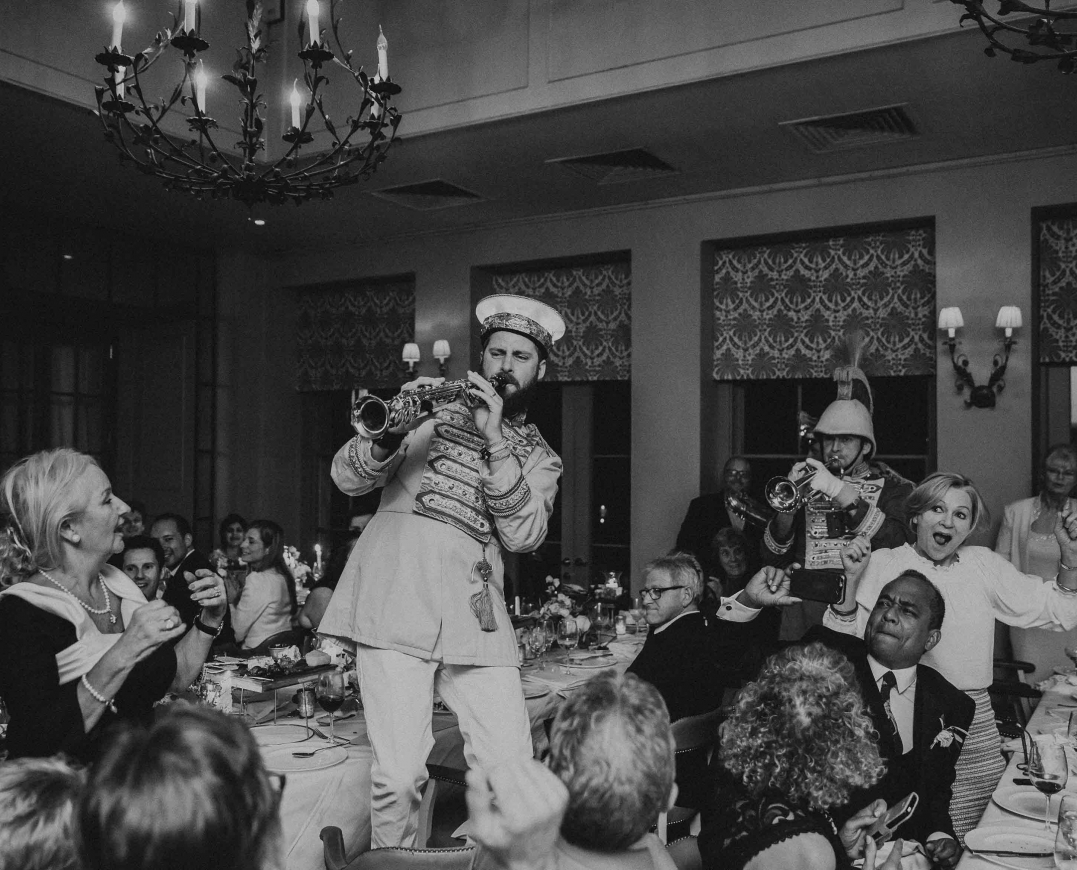 In New Orleans, they celebrate in style. Second Lining is a quintessential New Orleans art form: following the band to enjoy the music, marching and dancing, twirling parasols and waving handkerchiefs. It is a full on street intervention. If you’re lucky enough to be caught up in the commotion, you’re part of the Second Line.

Mr. Wilson’s Second Liners are revolutionary genre-bashers who knock traditional Second Lining sideways, opting for upbeat dance tracks over traditional hymns. Hot-stepping out in uniformed style, they channel the spirit of the 24 Hour Party People, guaranteed to get audiences dancing wherever they play.

They’re an anarchic extravaganza, bursting with colour and sound, rallying impromptu raves on street corners and rousing audiences young and old into a joyful frenzy. Expending their collective musical talent, they pay homage to the diehard days of the Hacienda, 90s club culture and its greatest hero, Mr. Tony Wilson.