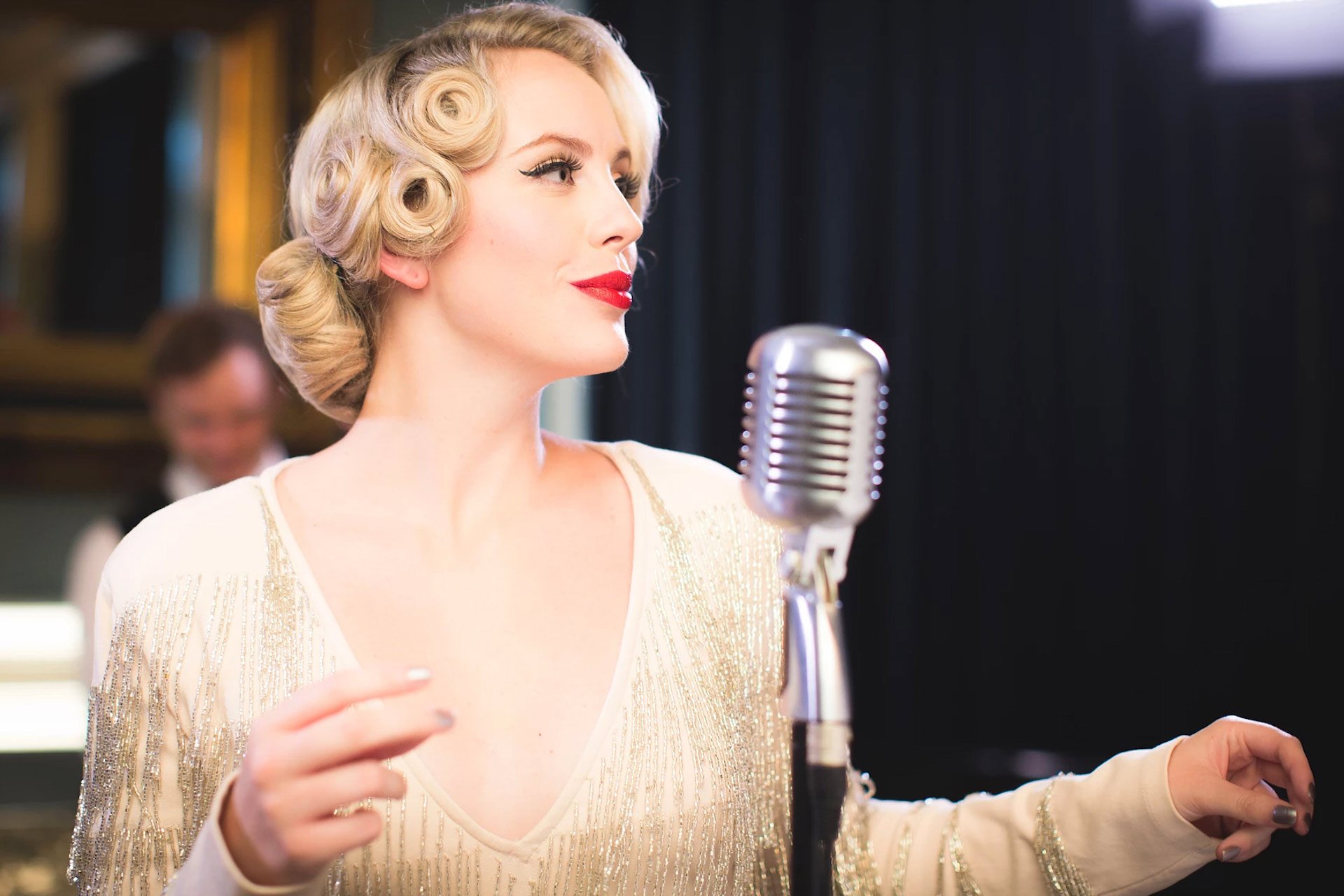 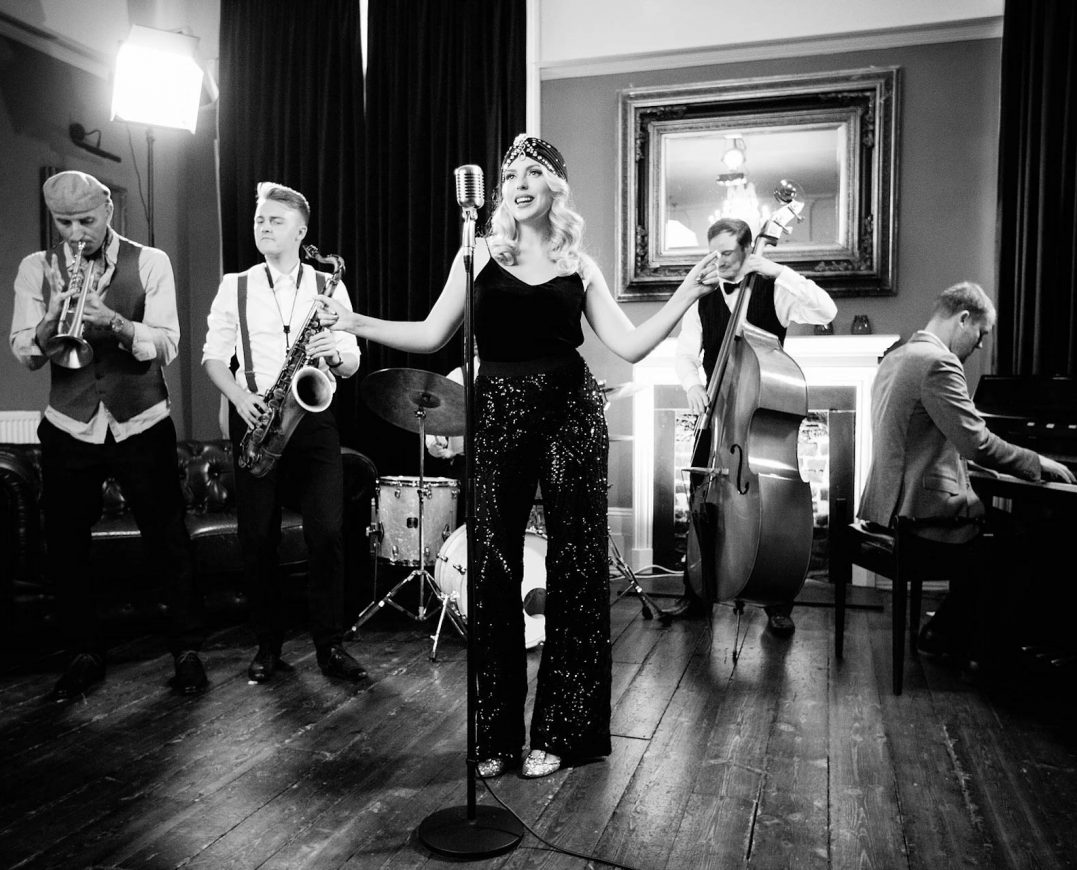 Originally from Northern Ireland, Megan moved to London nine years ago and has since established herself as a top performer in the Jazz and Vintage music scenes.

As well as singing classic Jazz Standards, Megan also performs a large repertoire of contemporary music by artists ranging from Taylor Swift and Bon Jovi to Daft Punk and Sam Smith, to which she adds her own Vintage twist. This ‘Postmodern’ genre adds a touch of class to any cocktail party, drinks reception or corporate event.

Megan has performed at some of London’s most prestigious venues, including The Ritz, Harvey Nichols, The Arts Club (Mayfair), The Hippodrome, Ronnie Scott’s, The V&A, The Sky Garden, The Tower of London, The Natural History Museum, Soho House, The Savoy and Quaglinos.  She has also performed for many high profile clients, including BBC, Dell, Hitachi, MasterCard, Boots, Soap & Glory, Virgin, VW, BMW, John Lewis, RAF,  Charles Worthington, M&S and Pandora.

Megan is available as a solo singer with backing tracks, accompanied by her pianist/guitarist for a classy duo, or as part of an expanded Postmodern Jazz band.