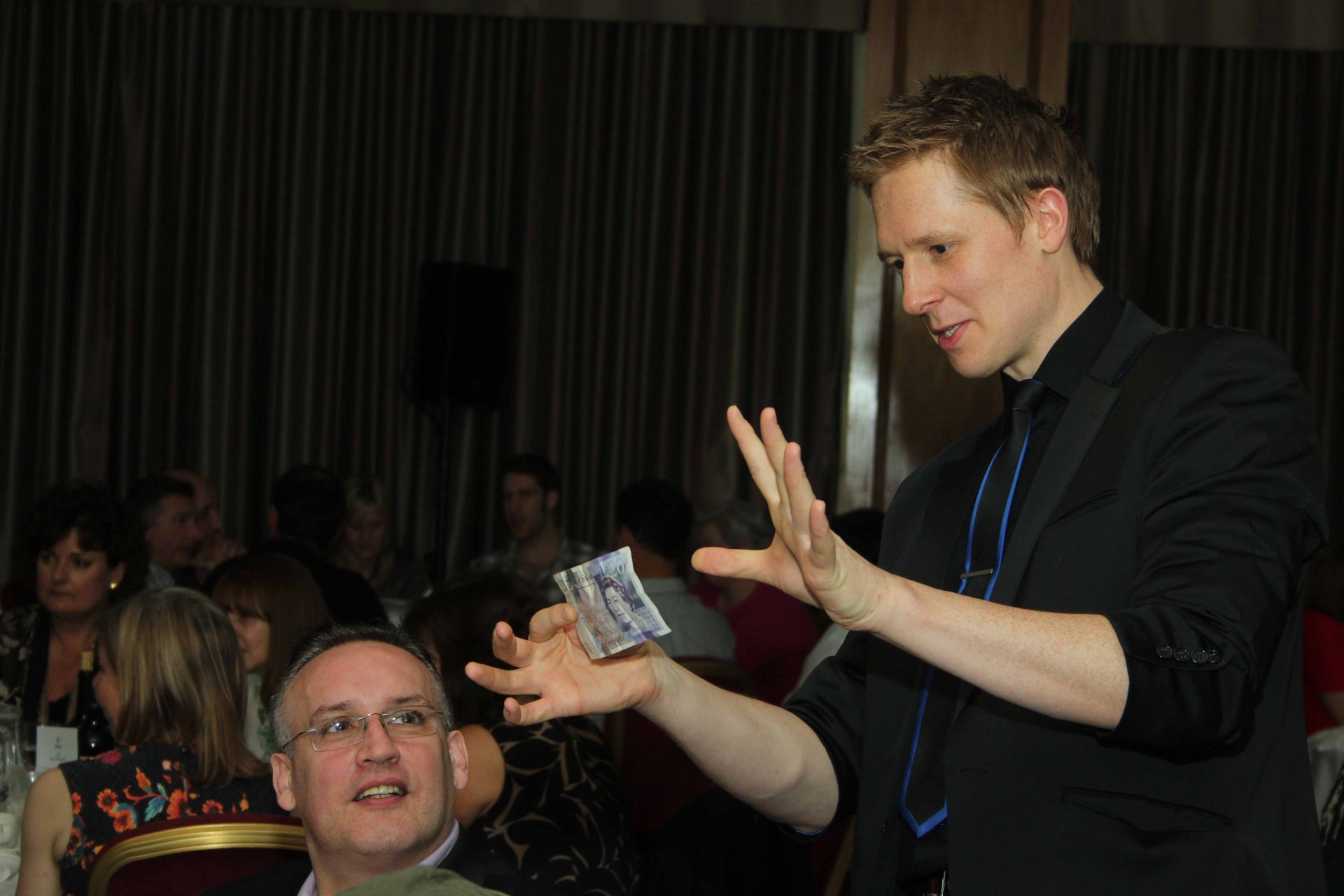 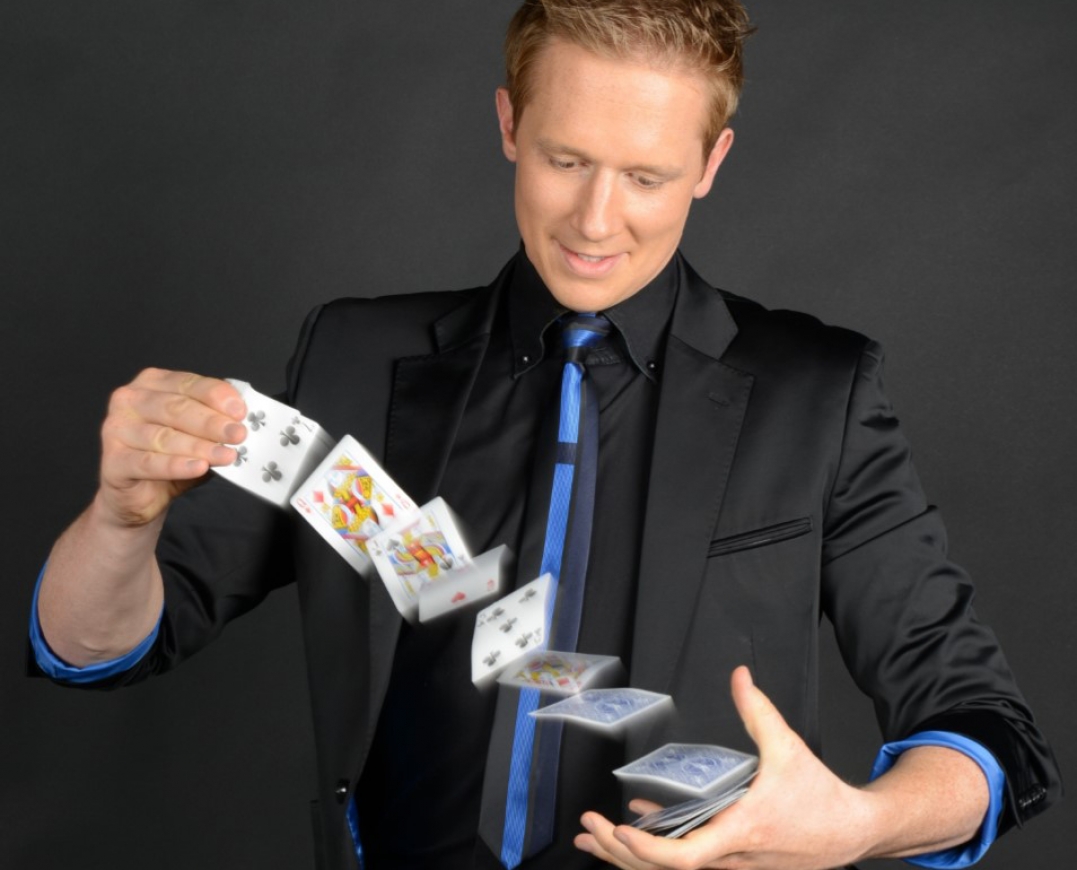 Recently seen performing to candidates on BBC1’s ‘The Apprentice’ and Channel 4’s ‘The Last Leg’, Martin has performed worldwide as a professional close-up magician and comedy stage magician to audiences from as little as 2 to upwards of 4000!

With vast experience performing professionally for over 16 years, at over two thousand events worldwide, Martin has mastered the art of witty and highly entertaining magic.

Although British, Martin began his professional career in Spain, performing over 1000 performances at a two thousand seater dinner and show venue, performing his set in English and Spanish. It was there that he also performed the world’s largest stage illusion to date, making a 16 metre lear jet appear on Stage… nightly!