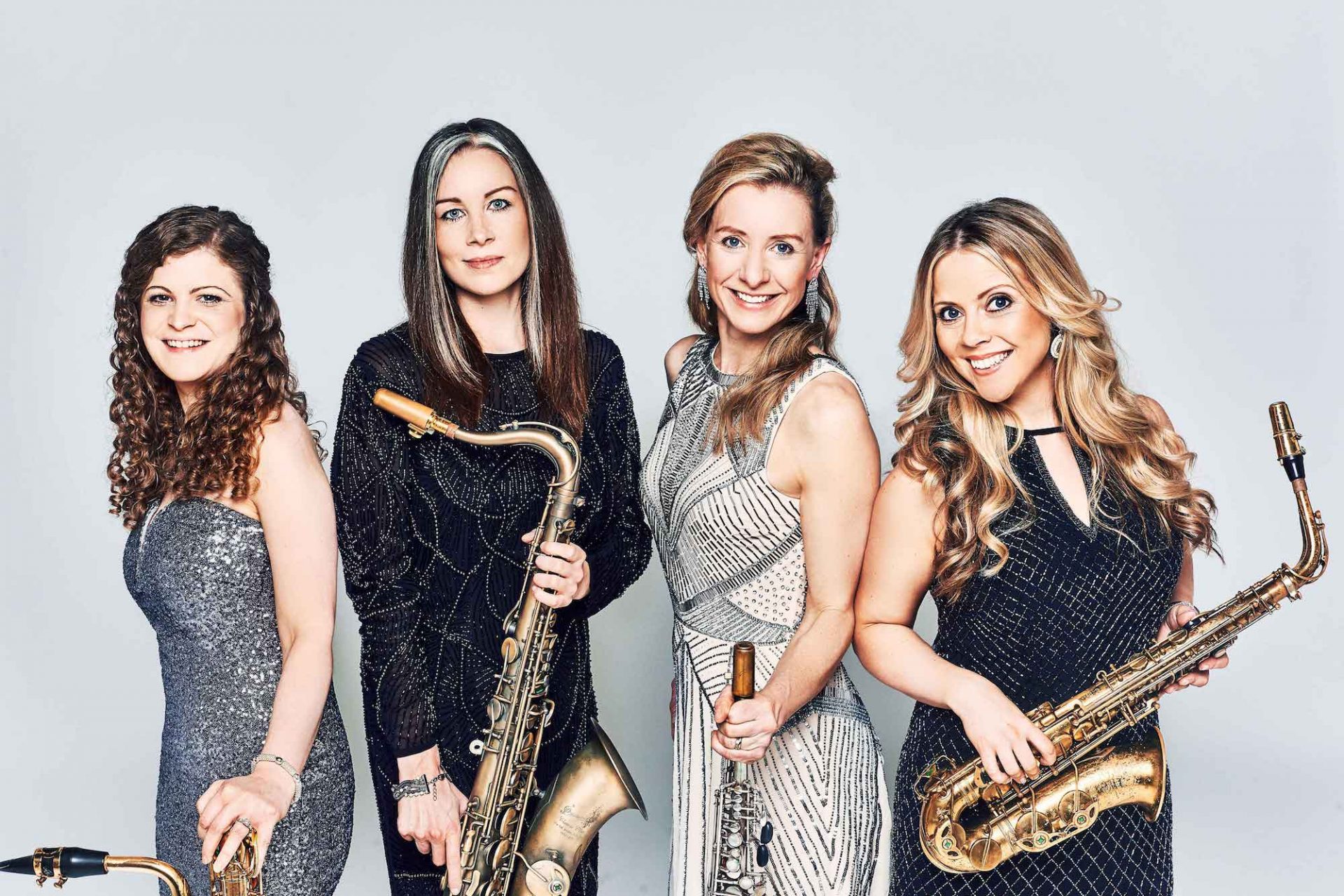 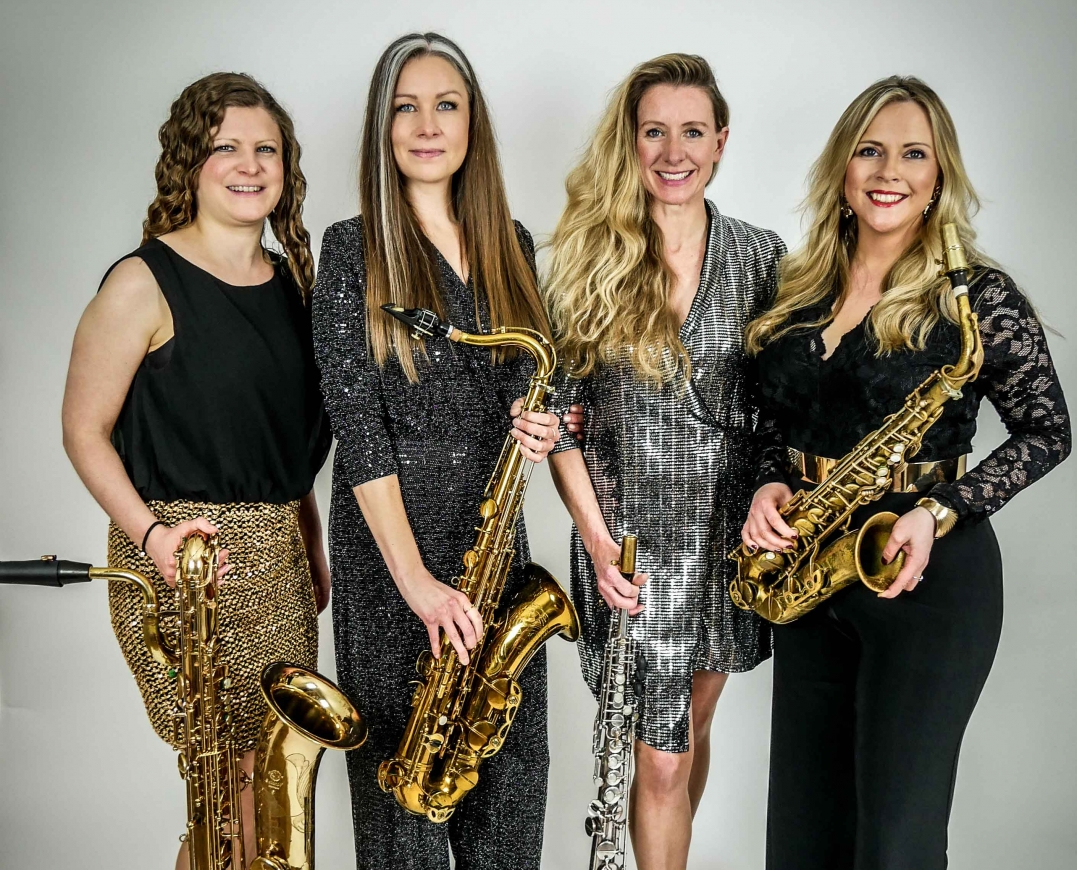 Marici Saxes are an exciting contemporary female saxophone quartet successfully performing across the globe. Formed 10 years ago, this dynamic group has a huge following on social media, with over 1 million views of their YouTube videos. Marici Saxes have performed live on BBC Radio 3’s ‘In Tune’ and have also been filmed at the Classic FM studios for the station’s online video library.

Marici Saxes are alumni either of the Guildhall School of Music and Drama or the Royal Northern College of Music – or both. They have, individually, performed with such diverse luminaries as Sting, Seal and Ben Howard, and with esteemed ensembles including The BBC Concert Orchestra, The Mariinsky Theatre Orchestra and The Royal Philharmonic Orchestra among many others.