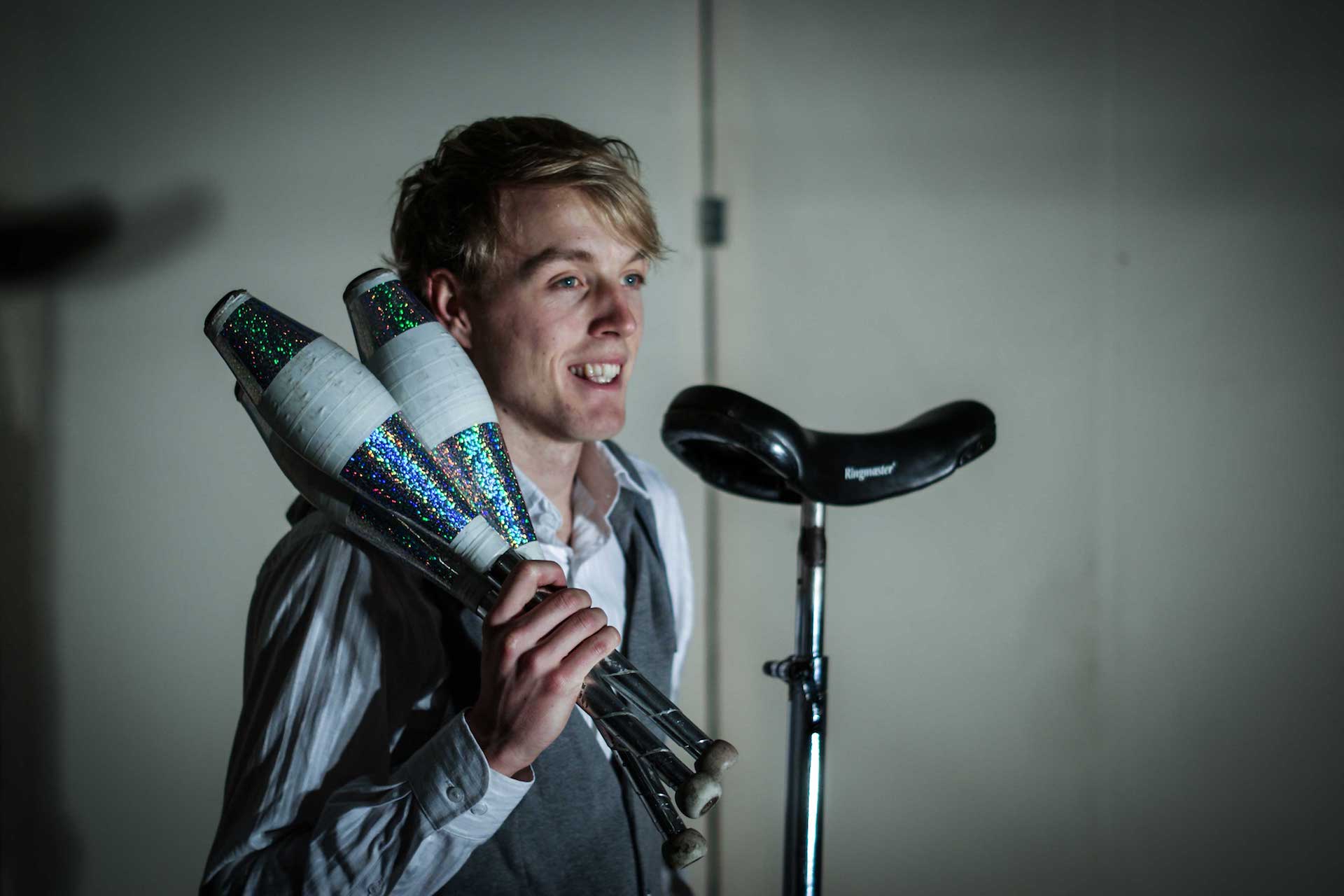 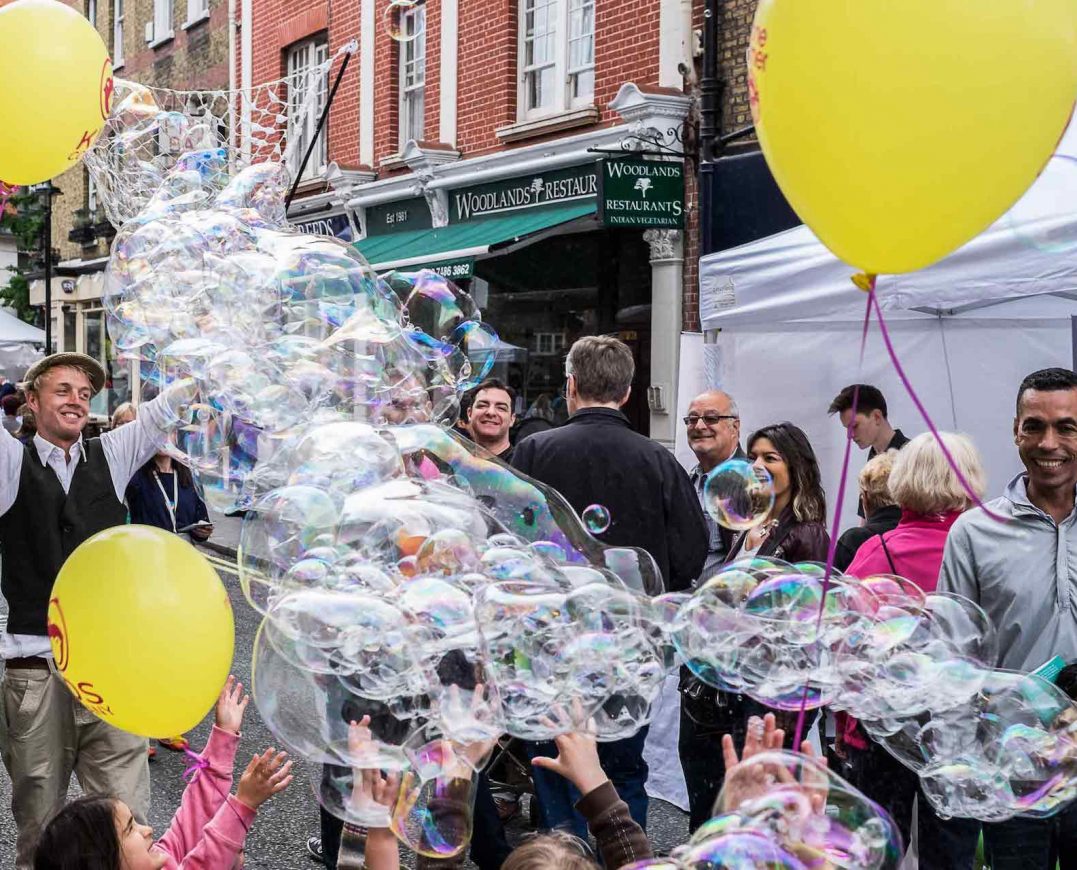 In 2003 aged 14, Lucas entered the first ever British Freestyle Unicycling competition. In spite of being the youngest entrant by six years, he went home as the champion – a title he has won three more times since (2006, 2007 and 2009 – every time that he has entered)!

Lucas has four main acts for solo stage shows or as part of a cabaret. They include ball juggling, cigar box, club juggling and unicycling. He can use these skills as a walkabout performer, when stage shows aren’t appropriate. A speciality of his is unicycling amongst busy crowds, making it appear as though he’s struggling or grabbing people that pass him for a quick waltz with a unicyclist.

Lucas can also be a waiter on a unicycle, delivering canapés during the reception.