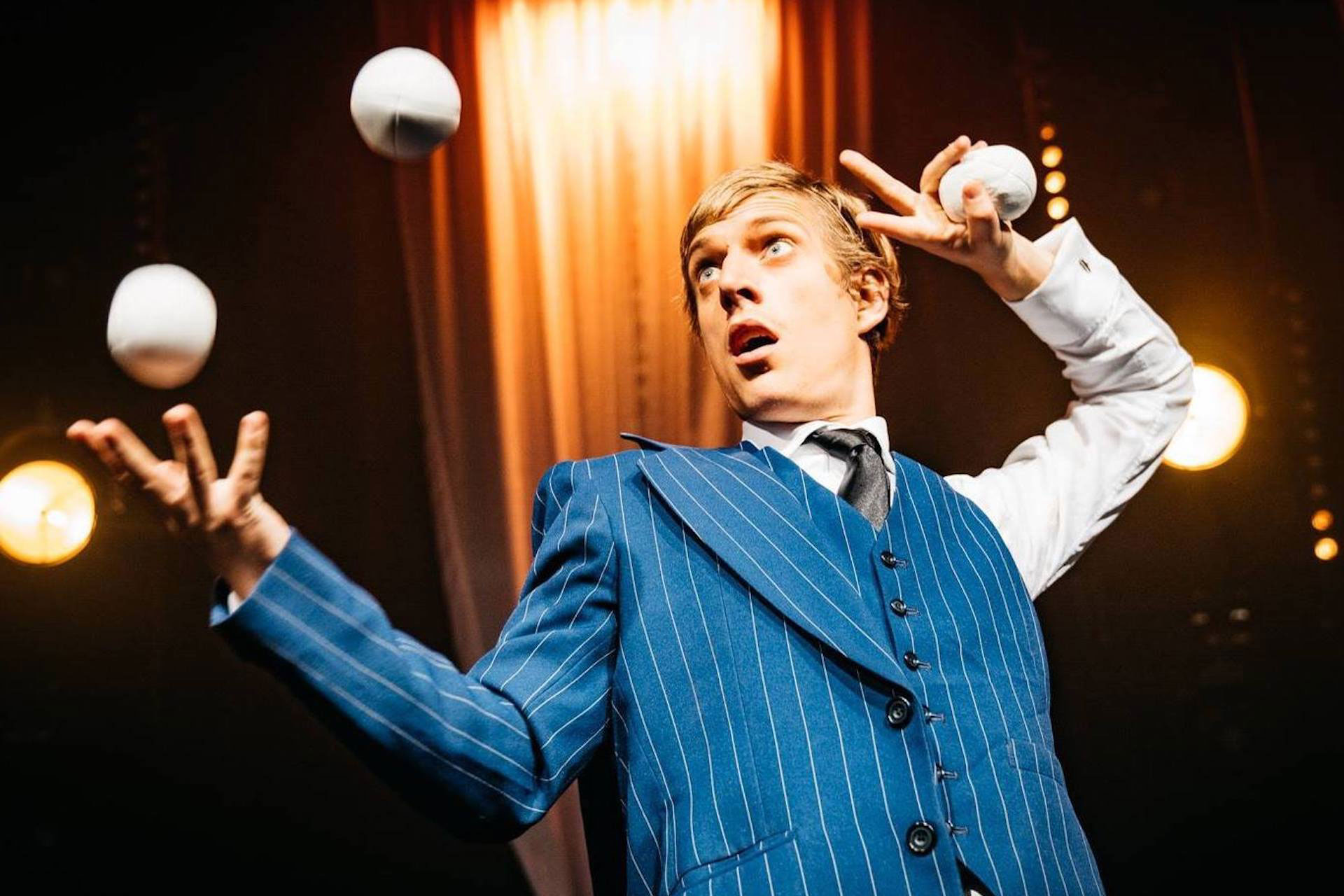 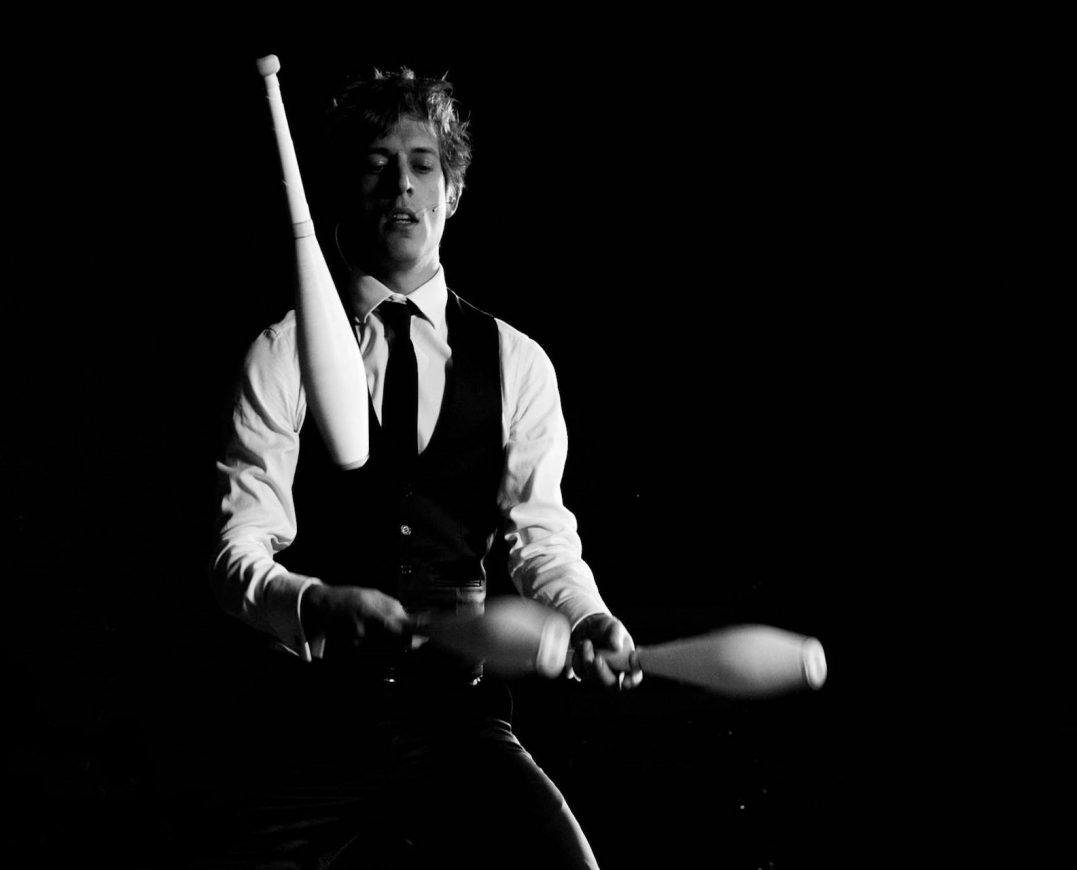 For the past 15 years, Jon has been perfecting his skills in juggling and manipulation. His shows, which can be tailored to any stage and can vary in length to fit your requirements, are a fusion of technical juggling and stand up comedy.

With his unique style of juggling, dry sense of humour and high energy, Jon is a guaranteed hit for your audience. His show will have them on the edge of their seats throughout.

Jon, who was awarded British Young Juggler of the Year Award in 2006, has appeared on radio and television shows numerous times including BBC Radio 1, the BRIT Awards, ITV’s ‘Skillicious’ and Channel 4’s ‘Sunday Brunch’.