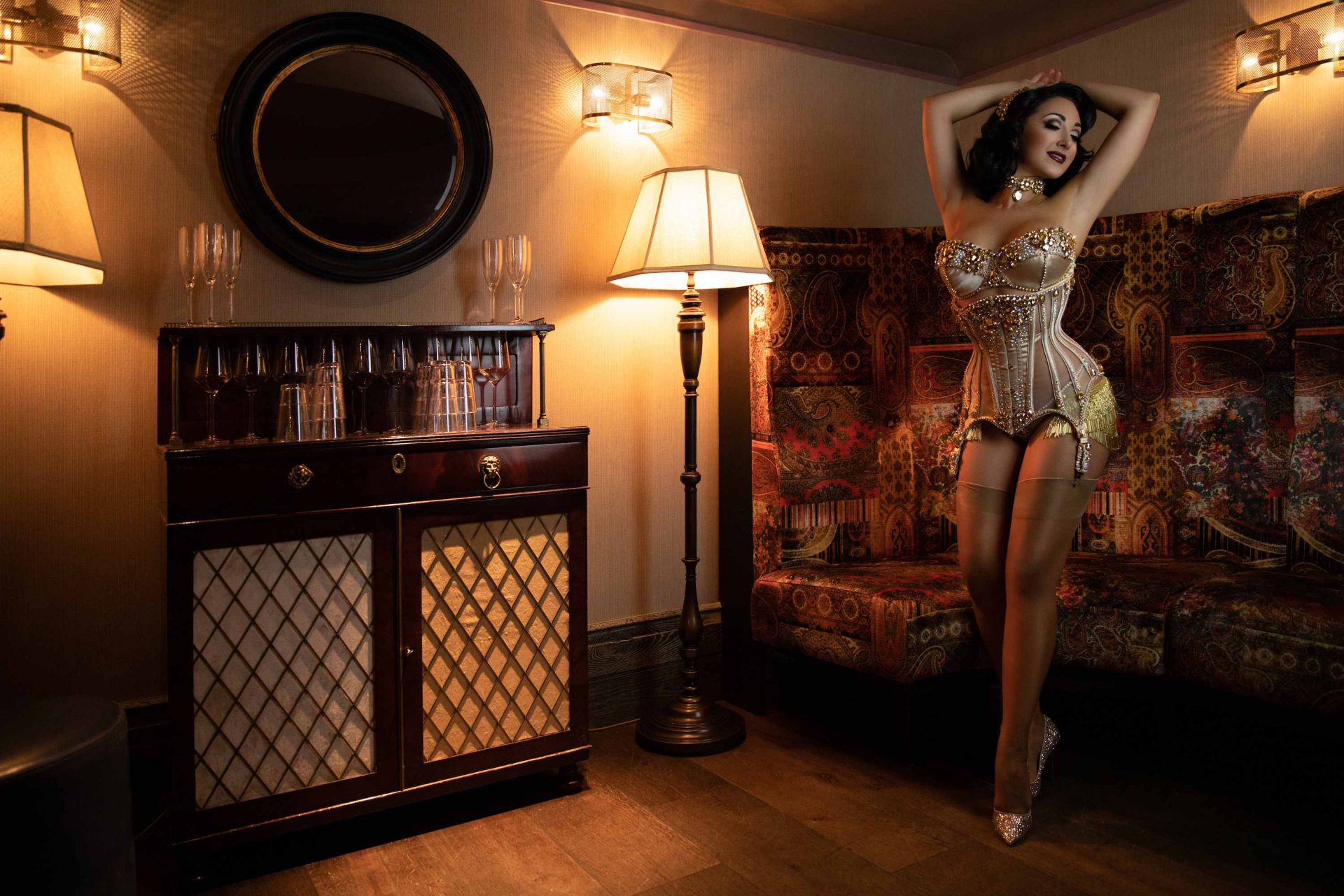 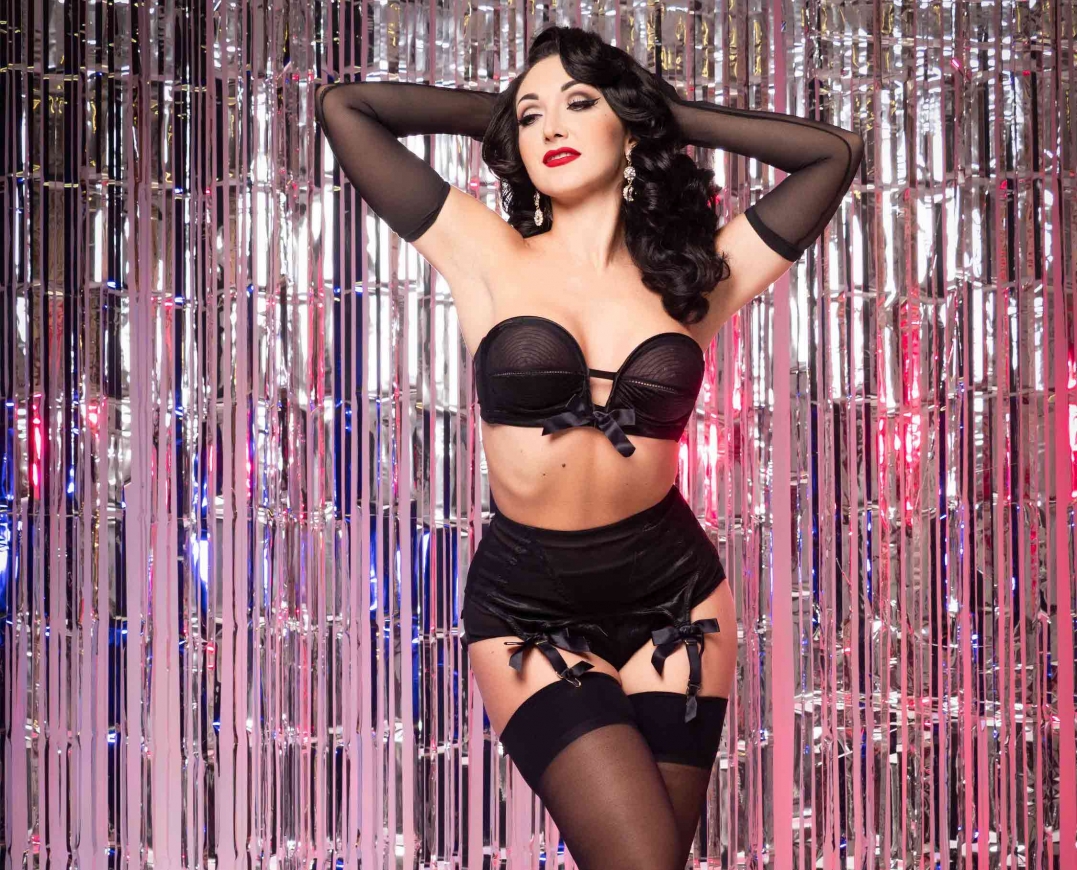 Jolie is an award-winning burlesque star, and one of the most highly skilled and elite showgirls across the world.  Jolie is an exquisite dancer and songbird, and trained at Europe’s most prestigious musical theatre academy before making her mark on the glamorous world of burlesque. In 2018 Jolie was voted the UK’s 2nd most influential burlesque industry figure, and number 27 worldwide, by 21st Century Burlesque. She has headlined London’s best cabaret and produced for the exclusive Gin House Burlesque Revue.

Jolie was awarded the crown of Burlesque Idol UK in her first year as a soloist (2011), and starred in one of the largest Burlesque UK theatre tours the following year. She is a pioneer of the burlesque scene in the Middle East, starring in the acclaimed production ‘The Art of Burlesque’ at the Casino Du Liban in 2015. She has appeared in various music videos and on national and international television, (MTV, Channel 4’s Made in Chelsea, the BAFTAs etc.). She has entertained celebrities, members of the British Royal Family and the King of Saudi Arabia, as well as being the guest star for clients such as Perrier, Porsche, YSL, L’Oréal and many more.

Born in Italy, in the same home town as Federico Fellini, Jolie is the epitome of the golden age, Italian movie star – exotic, glamorous and exquisitely sophisticated. With a passion and dedication to showing the audience the best of burlesque, her commitment to uplift and entertain has made Jolie one of the shining stars of the London Cabaret scene.