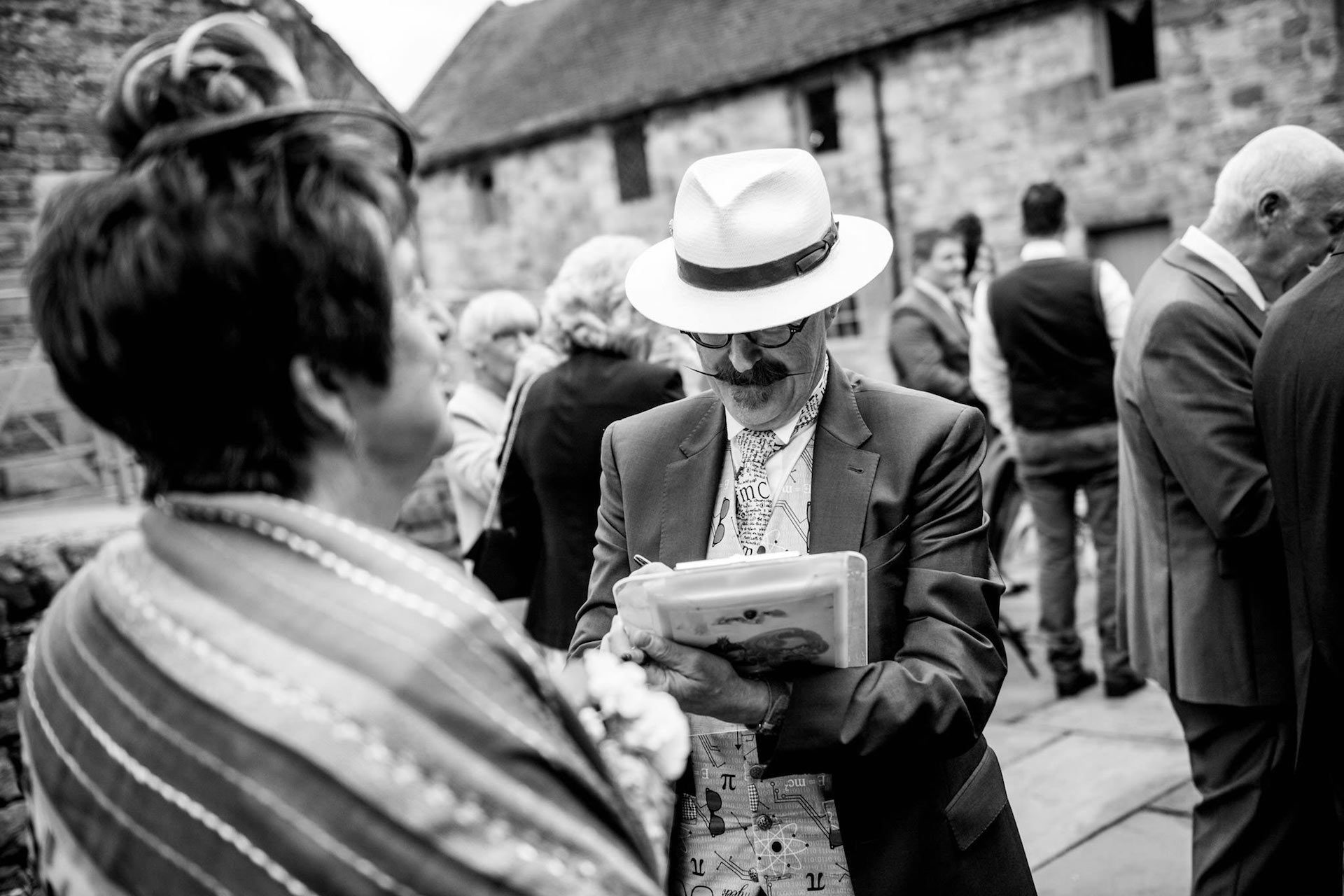 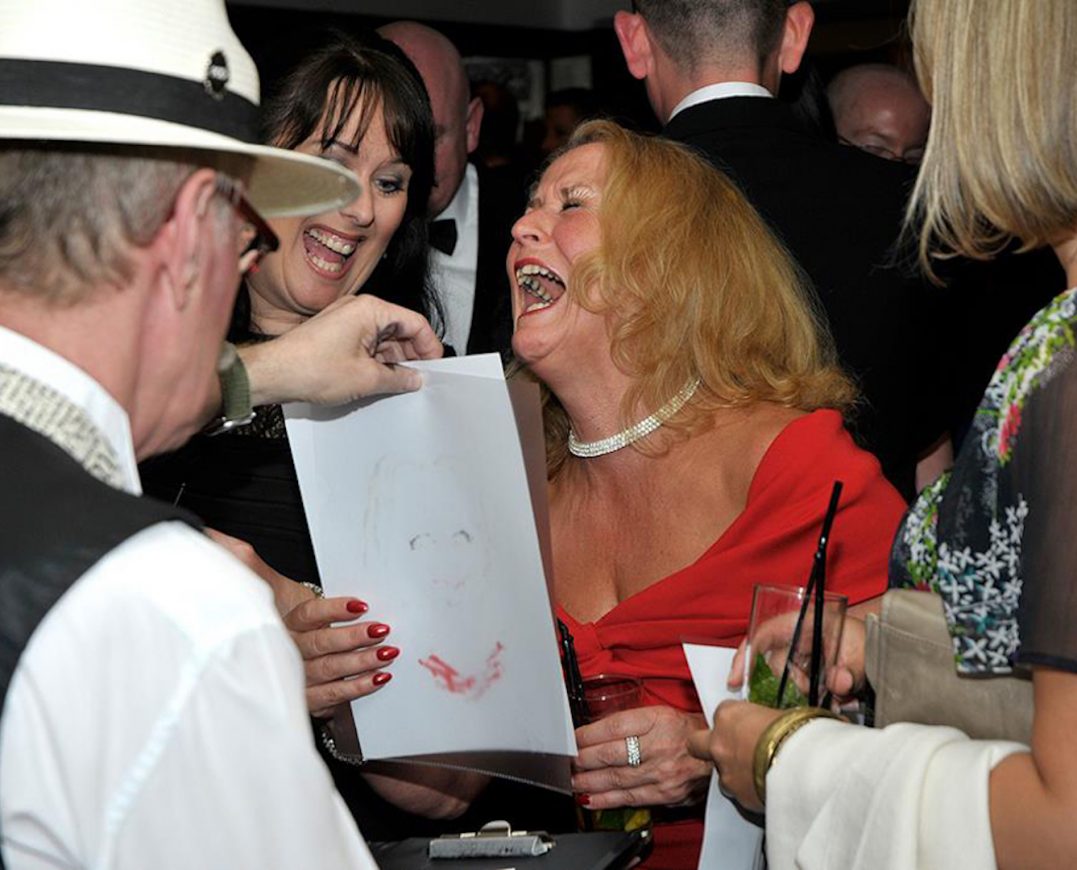 John, who has been a professional caricaturist for nearly 20 years and based in the North West, has performed throughout UK, Europe and the Middle East. In that time he has worked for most blue chip companies – working at corporate dinners, exhibitions, trade shows, product launches and award ceremonies.

John is also in high demand for weddings and private parties, and can draw individuals and couples whilst mingling with your guests. Previous clients include: Manchester United, UEFA Champions League, Coca-Cola, British Airways, Microsoft, 02, Samsung and Virgin.