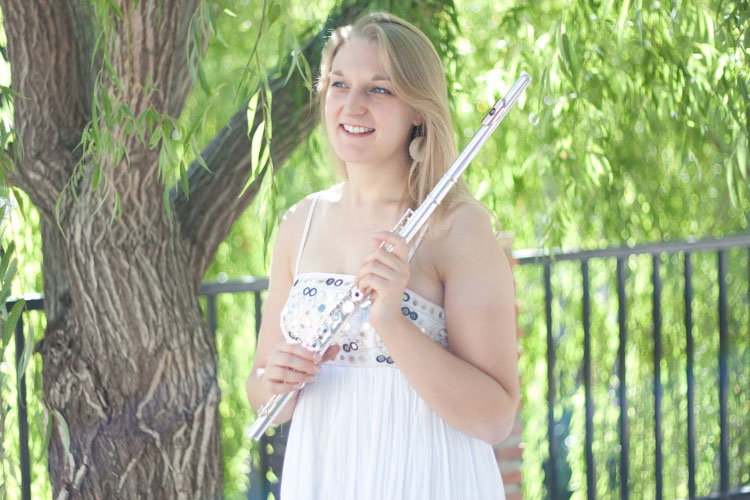 Holly is a London-based flautist and flute teacher. Holly has worked on many shows, including with the Royal Shakespeare Company at the Barbican and in Stratford-upon-Avon in Iqbal Khan’s production of Antony and Cleopatra. She is also a regular deputy in shows such as the Lion King, Oliver and Thursford Christmas Spectacular.

Holly graduated with a distinction in performance in her MMus from Trinity Laban, where she studied with Anna Noakes and Tony Hinnigan. She was awarded a Leverhulme orchestral mentorship with the BBC Concert Orchestra and principal flautist Ileana Ruheman during her postgraduate studies. Holly received her BMus (hons) from the University of Birmingham, where she was also awarded a concerto prize during her final year.