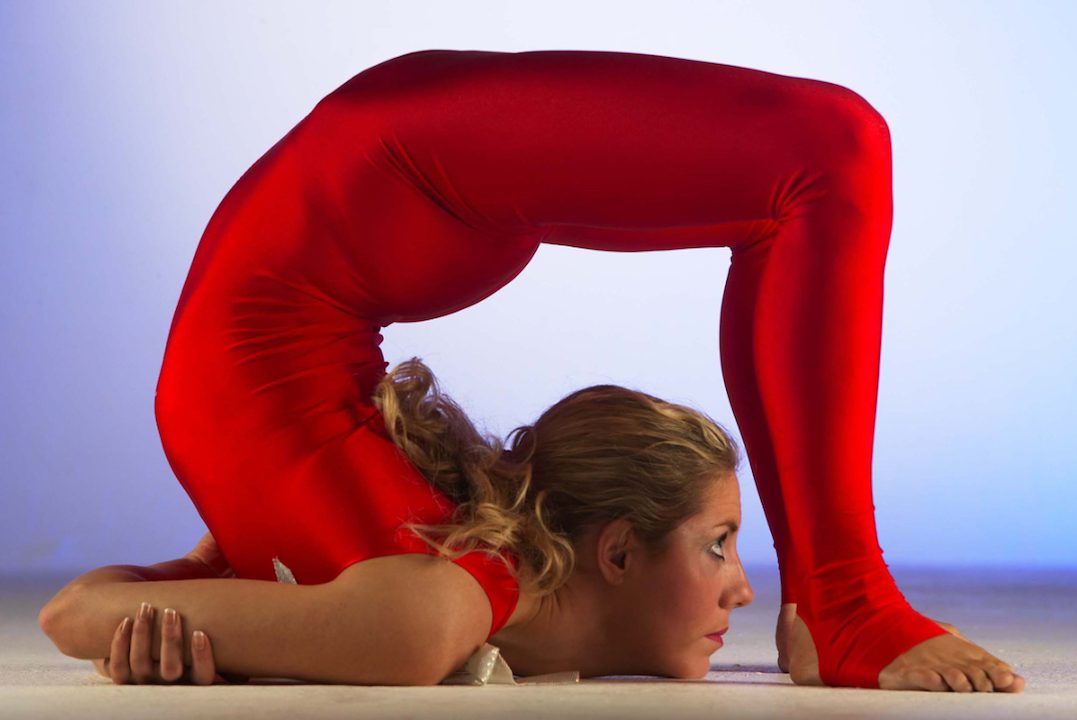 One of Britain’s top contortionists, Delia performs worldwide on television, in theatre productions and at corporate events.

Her contortion act, which combines balance and extreme flexibility, concludes with her squeezing into a 21″x 17″x 17″ perspex cube.

Her mesmerising aerial act, performed using aerial silk and a hoop. Delia is also experienced in harness work and has performed in many films, launches and adverts using this skill.

Delia’s performance highlights have included performing at Sir Elton John’s annual charity party, at a Rolling Stones concert and touring with Take That. All of her acts can be adapted to suit any theme.